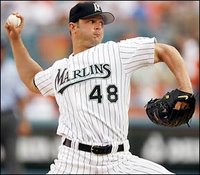 The Phillies offered closer Joe Borowski a multi-year deal but he failed a physical that made the Phillies back out of a long term deal. They found some "wear and tear" in his shoulder and felt they could not commit long term. The Phillies, along with many other teams, will consider a short term deal. In 72 games, Borowski went 3-3 with 36 saves and a 3.75 ERA.