Share All sharing options for: Cubs Make Offer to Schmidt 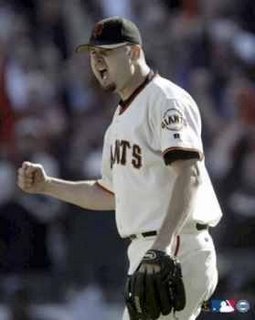 According to SI.com, the Cubs have made a 3 yr. 45 million dollar offer to Jason Schmidt. I reported this last week hearing it from ESPN 1000. I guess Hendry has officially made a formal offer. Schmidt has expressed his interest in staying on the west coast, but that could all change come the Winter Meetings. The Yankees, Mets, Dodgers, and Mariners have also shown interest in signing him. Schmidt is from Seattle so the Mariners may have the edge; however, with the way the Cubs have been spending, it might draw Schmidt to the new powerhouse in Chicago. The Cubs are also interested in Gil Meche.