Hitters to be Traded

Share All sharing options for: Hitters to be Traded 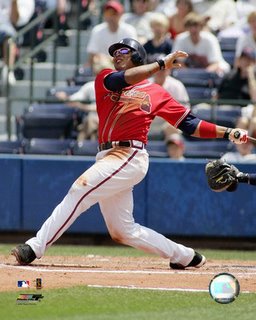 Now that players like Alfonso Soriano (8 yr. 136 million) and Carlos Lee (6 yr. 100 million) have commanded so much money, teams will instead look to trading rather than signing someone like J.D. Drew who could make at least 100 million. Players like Manny Ramirez, Adrian Beltre, Pat Burrell, Vernon Wells, and Andruw Jones are all subject to trade. Come the Winter Meetings, teams will make their final push to acquire a big name outfielder through trade. The Dodgers are looking into trading for Adrian Beltre, while the Phillies are looking into Manny Ramirez. Vernon Wells, who is a free agent next year, will be harder to trade because the team will only have his services for a year. I see the Phillies, Dodgers, and Giants, who have all lost out on their primary targets, most aggressively pursuing these guys through trade. Aside from pitcher signings, I see a lot of trading throughout the next month up until the new year.