Share All sharing options for: Lugo to Red Sox? Not So Fast... 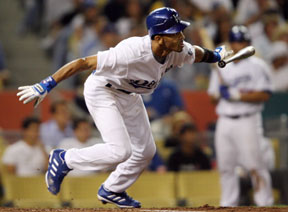 The Boston Herald is reporting that the Red Sox have made a formal offer to Julio Lugo. However, after making an offer, it appears that negotiations have stopped, and the Mets and Dodgers are working hard to sign him. Although Lugo has expressed his interest to play in Boston, the Mets or Dodgers may be able to lure him away from Boston and to their respective towns by their aggressive negotiation style. Lugo is seeking a a four year, 32 million dollar deal. The Blue Jays and Cubs are other teams that appear interested.