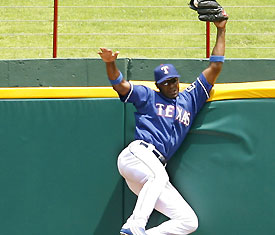 Today was another slow day in baseball. Two signings that we already knew about, except they became official. The Angels signed Gary Matthews Jr. to a five year 50 million dollar deal. The Dodgers signed Juan Pierre to a five year 44 million dollar deal. The Astros and Carlos Lee met face to face today. This was a day after the Baltimore Sun reported that the Orioles made a six year offer, between 80-90 million. Tomorrow is Thanksgiving so I would not expect any major news. However, the weekend will come quick and players will start being gobbled up by different teams.