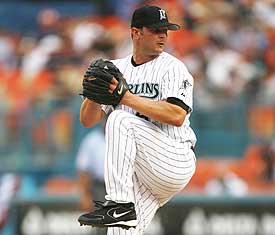 The Baltimore Sun reported that the Orioles never made a concrete offer to Carlos Lee, who signed a 6 yr. 100 million dollar deal with the Astros. However, the Giants offered a 6 yr. 112 million dollar deal and he obviously turned it down. The Orioles have made concrete offers though, they have made offers to Danny Baez, Joe Borowski, and Chad Bradford. Borowski is drawing a lot more interest than Baez, who is looking for 7 million for 2 years. Borowski had a career year in Miami. He had 36 saves in 69.2 innings after struggling in Tampa and Chicago.