Share All sharing options for: Padres Withdraw Offer to Counsell 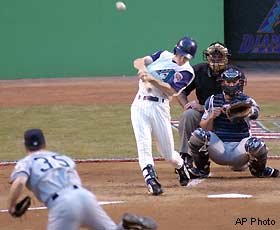 A report earlier today indicated that the Padres had reached a preliminary agreement with Craig Counsell for two years. However, Counsell's agent Barry Meister said the report was "premature" and that the Padres had taken their offer off the table. Brewers GM Bob Melvin has indicated that he is in negotiations with Meister to sign Counsell to atleast a two year deal. In 105 games in 2006, he batted .255 with 14 doubles, four homers and 30 RBI.