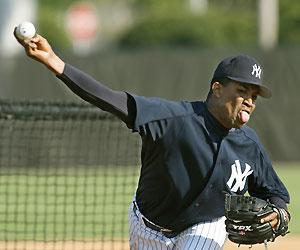 The Indians and Octavio Dotel are having serious discussions about a one year deal. If he can stay healthy, he would add great depth to the bullpen. However, he only pitched 10 innings last season and has a career record of 37-31. Dotel had Tommy John surgery in 2005 and has converted 71 saves in 99 tries. If they sign him, he will not be considered for the closer spot, unless they lose out on Borowski and Foulke.