Share All sharing options for: Rockies after Lopez, Lawrence 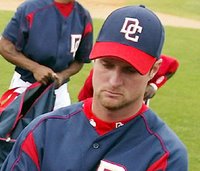 The Rockies were invited to a private clinic for Brian Lawrence. Lawrence, who missed all of 2006 would benefit with the Rockies. Not only will his sinker keep the ball down, but he has played in the NL West his whole career. He would also help the Rockies because he would be a low budget player. He will be forced to accept a one year deal, loaded with incentives. The Rockies have also had numerous discussions with Javy Lopez and Javy appears to be ready to sign the deal, and compete for the starting job. Lopez batted .251 with 8 HR and 35 RBI with the Orioles and Red Sox.