Share All sharing options for: Sosa Hoping to Make Comeback 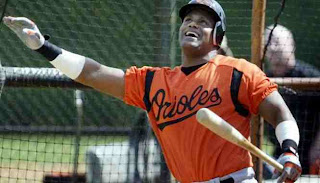 Sammy Sosa began training to make his comeback Thursday belting 15 home runs out of the park in San Pedro de Macoris. Sosa, who hit .221 with 14 home runs and 45 RBI in 2005, has said he has already received calls from teams interested in signing him. Sosa said he felt like a rookie again, and thought he could play three to four more years. Players like Ted Williams and Barry Bonds all took a year off and were able to return to their old form, but can Sammy Sosa, who was slumping in the last couple years before being released return to "Slammin' Sammy" form? The 38-year old slugger has hit 588 HR with the Rangers, White Sox, Cubs, and Orioles.