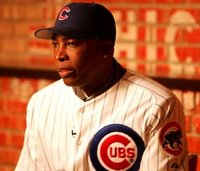 While teams begin to report we take a look back on this crazy off season. Alfonso Soriano got eight years, 136 million dollars. Barry Zito got seven years, 126 million dollars. Randy Johnson got traded back to Arizona. Japanese phenom Daisuke Matsuzaka signed with the Red Sox. Here's a look at a few teams that are winners this off season:

Cubs-Not only did they sign Alfonso Soriano, who will be extremely effective for the next five years, they bulked up their rotation with Ted Lilly and Jason Marquis, improved their defense with Mark DeRosa at second base, and signed a fiery manager who will help jump start the new and improved Cubs.

What needs to be done: They need to sign Carlos Zambrano as soon as possible. The sooner they sign him, the better. They have already committed 300 million to players like Ted Lilly, what will 100 million more do for Carlos Zambrano. They also need to resign Michael Barrett. Barrett is arguably one of the best catchers in baseball, and they can not let him get away, especially with the lack of catchers coming to the market. 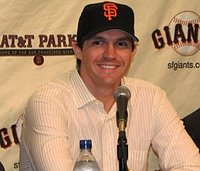 Dodgers-The Dodgers improved their already good defense with Juan Pierre in center, signed Jason Schmidt who will benefit from great defense, and brought in veteran Luis Gonzalez, who is still very effective. Yes their improvements were minimal, but the may have the advantage to take the Giants, and possibly take the division from the Padres, who are taking chances with David Wells and Greg Maddux, and sticking with Kevin Kouzmanoff at third. They will at least contend for the wild card.

What needs to be done: They need to trade Brad Penny, because they can get something decent for him. And also ease James Loney and Andy LaRoche into the majors, because they are well on there way to possible all stars. 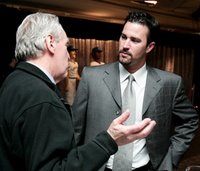 Brewers- The Brewers made some noise early when they acquired Johnny Estrada and Claudio Vargas. They also added Jeff Suppan to the rotation, and could see breakout years from Prince Fielder, JJ Hardy, Rickie Weeks, and Corey Hart. Although the Cubs made a lot of improvements, the Brewers have always done well against them, the Cardinals, and Astros. For the Cardinals, they lost the core of their rotation, and are sticking with the aging Jim Edmonds. It is possible that the Brewers make a good run for the division, if not the wild card.


What needs to be done: Ryan Braun shows great potential at third for the Brewers, so in the coming off season, look for ways to send Corey Koskie away, to open that spot for him. Braun is still at least a year away.

While there are winners, they are always losers: 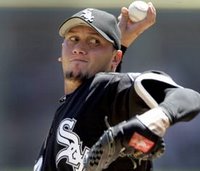 However, the Cubs signed Alfonso Soriano and Ted Lilly, and the Royals signed Gil Meche. They then attempted to trade Pat Burrell, nobody wanted him. They added Freddy Garcia and Adam Eaton, but failed to improve their power or defense. I do not think that Wes Helms or Rod Barajas are going to do the trick either.

Angels- The Angels plan also consisted of signing Alfonso Soriano, but they missed out on him. They also attempted to sign Barry Zito, but the Giants signed him. So they were forced to sign Gary Matthews Jr., who had one good year, and are now committed to him for the next five years. They lost Juan Rivera for the beginning, are hoping on Howie Kendrick to be successful, and can only hope Jered Weaver can be as dominant as he was last year. However, the other teams in the AL West showed minimal improvements as well so the Angels are still in contention.

Blue Jays- The Blue Jays were hoping to bulk up their rotation with Gil Meche and Ted Lilly, but they went elsewhere. So they were forced to sign Tomo Ohka and John Thomson. A.J. Burnett is a big "if" and they are hoping Chacin can throw more than 9 wins together next year. Royce Clayton is taking over at short, but his numbers are hardly effective.

Cardinals- The Cardinals lost Jeff Suppan, Jeff Weaver, and Jason Marquis. They improved at second base defensively, but offense he will be barely effective. Pitching is the major problem: Yes their offense is great, but Jim Edmonds is a question mark with back problems, and trying rookies might not go well. Even though Kip Wells was added, they failed to sign/keep a number four or five pitcher. Anthony Reyes is a question going 5-8 last year. So if they have one proven pitcher, two decent pitchers, and two rookies, it won't be hard for a team like the Cubs or Brewers to pass them. However, with the way the Brewers have faded from contention as the season goes on, and their ability to go on great win streaks towards the end of the year unlike most of their opponents in the division, they may be able to hold their title.

Which players are the winners of this off season:

Carlos Zambrano/Johan Santana-Before the off season started, they were projected to make at least 75 million dollars. Now a day away from Spring Training, they could make up to 150 million. Teams will be at their feet trying to sign them, and it is likely they will be with new teams in 2008 (Zambrano) and 2009 (Santana).

Alex Rodriguez- With the option to void his contract with the Yankees after 2007, it is possible that he could make up to 100 million dollars in a new contract.

Jermaine Dye- When it looked that he was turning into a mediocre player, he turned his career around and belted 30+ home runs in consecutive years. Now it is possible he could hit the market, he could expect at least 14 million for an annual salary.

Jason Jennings- With pitchers of his caliber (Ted Lilly, Jason Marquis) making 8-10 million dollars per year, he can at least expect 10-12 million dollars, going to a ball park where the ball might fly out of the park every time its what hit in the air. And what makes him better, he had an ERA under four while he was in Colorado.

Which players are the losers:

Roy Oswalt: Signing a 73 million dollar deal looked pretty good before Gil Meche is getting 55 million dollars. He could now probably get close to 90 million.

Kris Benson: Going into a contract year he could have probably made 20-30 million dollars. Now all he can hope for is an incentive base contract for one year.

Ronnie Belliard: Failed to take an offer from the Cardinals, he is still without a team. Now with reports of crimes, he will probably remain a free agent until next off season.

Bernie Williams: Although he probably felt his heart was still in New York, it was apparent that he was not going to be resigned. While he sat at home an relaxed, he could have shopped himself around to a team looking for a one to two year stopgap.