Contracts Should Be Winding Down

Share All sharing options for: Contracts Should Be Winding Down 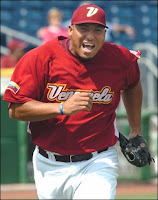 With Carlos Zambrano and Carlos Guillen both looking for contract extensions before Opening Day, both the Cubs and the Tigers have a lot of work to do. Carlos Zambrano has told reporters that an offer has been made, but according to his agent, is not what they are looking for. However, Zambrano still appears optimistic that a deal can be reached. "My agent just told me that they made an offer," Zambrano said. "At the beginning, we talked to each other, and I said when they get to the right amount, when they get to the amount that I want, just tell me and I will sign."’ Hendry has a history of getting deals at certain points. Two years 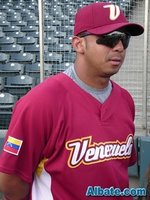 ago he signed Aramis Ramirez on Opening Day. Hopefully some sort of announcement can be made either before the game or immediately following the game. The Carlos Guillen saga is on going, but the Tigers seem to have more time. Guillen wouldn't mind talking about a contract during the season as long as it is not a distraction. He also went on to say that he wants to play in Detroit, and would talk about a contact in the off season. Zambrano is probably looking at a deal that would give him five years worth about 85-90 million while Guillen is looking at a four to five year deal worth about 50 or 60 million dollars.
UPDATE: TIGERS SIGN CARLOS GUILLEN TO A FOUR YEAR DEAL WORTH 48 MILLION DOLLARS.