Share All sharing options for: New Dodger Ace in '08? 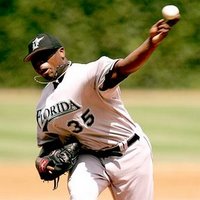 According to two veteran baseball officials, the Dodgers may make a serious run for Dontrelle Willis this coming season and are more than willing to offer a bundle of prospects, including Matt Kemp. Although this trade would put them ahead of everyone else in the NL West, the possibility that Willis will go elsewhere simply for as much money as possible is almost guaranteed. Furthermore, the Dodgers would lose at least three of their top prospects and would probably have to summon top prospect Andy LaRoche who is probably a year away. Willis didn't have a great year last year, going about even, but he would be able to command a 16 or 17 win season with a team that has defense and solid offensive support. As of right now, I think it is a good move for the Dodgers, because they have the money and the solid team that could possibly keep Willis in a Dodgers uniform if they do in fact go with a trade.