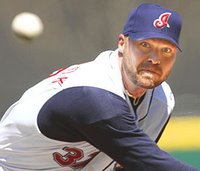 Spring Training is the time when general managers meet with contract year players to discuss long term deals to avoid problems in the upcoming off season which could potentially effect their chances of signing other players. However, after an off season like we just had, you cannot avoid the possibility that big name players will come up in trade rumors so their team can unload them to avoid forking over too much cash. With players like Gil Meche getting 55 million dollars a year, a player like Jake Westbrook can't help but be the subject of trade talks. The Indians are also faced with potential problems with C.C. Sabathia and Travis Hafner, both who have their best years ahead of them. Todd Helton, who has declined as of late, is the subject of trade talks with Boston. He met with Rockies owner Charlie Monfort and that could suggest that a trade is in the works. Mike Sweeney, who is finally reaching his contract year, could also be traded. However, I don't think too many teams would take on his 11 million that he is owed this season. Although Jacque Jones had a great year last year and is not in a contract year, he is the 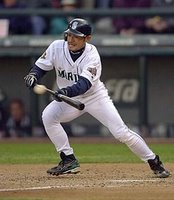 subject of some trade rumors. Mostly because of top prospect Felix Pie is just a year away is showing great potential. Ichiro Suzuki, who is entering his final year with the Mariners, will probably be traded in the middle of the season because of his known desire to test the market. And after Jermaine Dye turned his career around in Chicago setting career highs in home runs and RBI's in his stay. Cubs pitcher Carlos Zambrano and the Cubs are supposedly working on a deal but nothing has been reported. It is likely that if a deal is not reached, Zambrano will test the market, unless the Cubs can pull of a World Series, who Zambrano is predicting. If the Cubs cannot finalize a deal with Carlos Zambrano before the season, it is unlikely to see him get traded because of he is the most dominant pitcher for the Cubs right now and has been the most dominant in recent memory. For the rest of the 2007 free agent class and all other possible trade candidates, check out Cot's Baseball Contracts.