Cubs Will Be Sold

Share All sharing options for: Cubs Will Be Sold 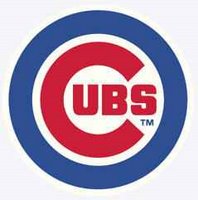 According to details emerging from the Tribune Company buyout, the Chicago Cubs will be sold at the end of the 2007 season. Real estate mogul Sam Zell will take the Cubs' owner, Tribune Company, private and the Cubs will be sold in order to pay down the debt acquired as a result of the transaction. Sam Zell sold his company Equity Office Properties to private-equity firm Blackstone Group for $23 billion and the assumption of $16 billion in debt. The Cubs are said to be valued around $600 million dollars. People who are known to have expressed interest in buying the Cubs include Don Levin, owner of the minor-league hockey team Chicago Wolves.