Share All sharing options for: Astros Giving Brewers A Break? 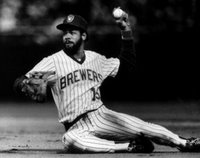 This weeks Brewers versus Astros series will go down in history as a big question mark. The Brewers, who were looking to take over first place from the Cubs came in to Houston 1.5 games out. The Astros lost Roy Oswalt because his wife was in labor, and opted to start struggling rookie Matt Albers. However, the following the day after the loss they started Felipe Paulino, who was making his major league debut, he also lost. Tonight they are sending rookie Juan Gutierrez to the mound, who has a 6+ ERA in 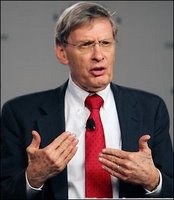 5 starts. The reason I bring this up is because the Astros interim manager Cecil Cooper, a former Brewer, decided to sit veteran Woody Williams, and send three straight rookies to the mound against a team that is fighting for a playoff spot. The Astros have been eliminated from playoff contention, and by rule, have to send their best team on the field until the last game of the season. The Brewers are looking to sweep tonight and could move ahead of the Cubs if they win by a game. While Cecil Cooper received permission from Selig to proceed with this lineup and Cubs GM Jim Hendry stated publicly he had no problem with it, it does bring into question the integrity of the Selig's decision. With a week left in the season I think someone should file a formal complaint to the Commissioners Office.