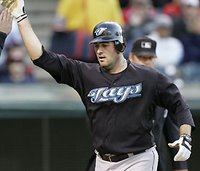 According to SI.com, four time All-Star and World Series MVP Troy Glaus reportedly received several shipments of performing enhancing drugs. The shipments of nandrolone were sent between 2003 and 2004, which was banned at the time. Glaus went down early in 2003 and made a comeback in 2004 which suggests that they were used during his rehab. The prescriptions were in his name, and were sent to his listed address in California from a pharmacy in Florida. So far, Glaus is batting .254 with 277 HR and 778 RBI in ten seasons with the Angels, Diamondbacks, and Blue Jays.