Great Players To Have In September

Share All sharing options for: Great Players To Have In September

Some players really step up come September, usually it is not the everyday players, but they do really change some games. Let's start with Timo Perez, who is batting .429 with 0 HR and 5 RBI, made some key defensive catches the other day and is coming up with big hits to help the Tigers and fire up some of those young guys. I put in a call to a former Mets executive who said "[Timo] comes to play every single day, no matter what." You can't ask for more than that, and only hope you get two, maybe three more guys like that. The Tigers are fighting for a spot in the playoffs and having someone like that, 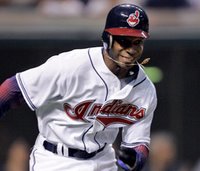 who has played in September fighting for a spot, and is a defensive specialist, really will change some games. Kenny Lofton is now back with the Indians who are currently leading the AL Central. Lofton is still a speedy outfielder, who makes great contact and has incredible range. Lofton hits right around three hundred, will steal bases, and improves clubhouse chemistry on his own. He did the same thing with the Cubs in 2003, and almost got to a World Series. He has been in the playoffs ten times, and has success as the playoffs go on. Who better than Greg Maddux for a clutch September pitcher? He is 5-0 in his last six starts and just knows the importance of pitching in big games. Not only that, he knows how to teach to young guys to pitch through important games. In a one game playoff, if Peavy isn't well rested, Maddux would go for sure. Let me know who you think your team's best September player is.