Share All sharing options for: Interview with Oneri Fleita 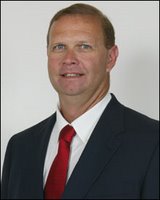 Oneri Fleita is the Vice President of Player Personnel for the Chicago Cubs. He has been in baseball for twenty years and is regarded as having one of the best eyes for talent in baseball. He has helped the Cubs improve over the past couple seasons at the major league level, but his impact can be better seen at the minor league level.

ELI: How long have you been in baseball?

ONERI: It is my twentieth season. I spent two seasons playing with the Orioles, then I went into coaching. In 1995, I was coaching in the extended seasons and the following year I was scouting in the Midwest part of the United States.

ELI: Were there any players back in 1996 that you saw or signed that are playing today?

ONERI: Yeah, I saw Chad Meyers pitch, saw Braden Looper when he was in college, and Joe Crede before he was drafted. The following year I started the Latin Program and then around 1999 I made my way into the Player Development position with the Cubs.

ELI: What are the main things you look for when scouting a player?

ONERI: For pitchers, they have got to have a loose arm. More importantly though, they need to be able to throw a fastball for strikes. Personally, I like guys that throw a good curveball because I believe you can't learn how to throw a curveball, you are born with that ability. But having a plus slider is great, and it can be very effective at the major league level if used correctly. Juan Cruz, Angel Guzman, and Carlos Zambrano all have great sliders that compliment their excellent curveball. Z sometimes combines his to get a fast slurve, which is very effective.

ELI: In your opinion, what is the most important trait a ballplayer needs to be successful?

ELI: There were some solid Triple-A players this year. Hoffpauir, Kroeger, Soto, Pie, Patterson, Mathes, and Cherry. Where do you see some of these guys next season.

ONERI: There are some good guys down there that if they keep playing hard, will get the opportunity to play at the major league level. Some of these guys you see this year will definitely be with the club for the next couple of seasons. I see some of these young guys down in Double-A and Single-A getting in the pipeline to be with the club very soon: Rocky Roquet, [Jeff] Samardzija, [Donnie] Veal, [Josh] Kroeger are definitely on their way, probably the closest.

ELI: Jeff Samardzija was a steal in last years draft, how did he look this season?

ONERI: From the start of the season to the end, Samardzija improved his delivery. He kept his arm slot high, had good downward movement, and was able to repeat his windup consistently. More importantly though, he learned to pitch, instead of just throwing the ball hard. He learned what he was capable of doing, and worked that into what he had to do. He was able to work a lot of ground balls, he matured a lot, and was very effective at each level. I said it the whole season that his numbers lied, and I think as he climbs the system, as fielding gets better, so will his numbers.

ELI: Grant Johnson was taken in 2004, what has he improved the most since being drafted?

ONERI: He showed a lot of improvement, especially coming off shoulder surgery. He made a lot of progress this year, with his slider and fastball. He cleaned up his delivery, did a nice job overall.

ELI: Tyler Colvin has been doing a great job at all levels, where do you see fitting into the Cubs plans in the future?

ONERI: I see him fitting into the Cubs plans very soon. I expect these things to take care of themselves because you can never have too many players. If someone can help at the Major League level, or fill the void for traded players, then they will get the opportunity.

ELI: When a team submits a trade or ask for certain players, how does the front office decide who goes?

ONERI: Well, Jim [Hendry] keeps a list of players when this comes up and he has a list of "untouchables," "consider trading," and the "certainly trade" players. But when any trade comes in it always gets discussed among Jim [Hendry], Randy Bush, and others in the front office.

ELI: You were excited about a new signing, Jose Ceda, I believe. What did you see in him when you signed him?

ONERI: Oh yeah, We went off one scout on this one when he saw him during the instructional league. He throws in the upper nineties, big guy, resembles a young Lee Smith on the hill. I am excited to see what he can do and when he fully figures out what he is capable of doing.

ELI: They say there is a phase of "too good for AAA, but not quite ready for the MLB." Does that happen often?

ELI: Who would you say is the best pitching prospect and best hitting prospect AAA and below?

ONERI: Oh, that is a good question-Hmm. That is tough. I'd have to say for pitching it is Jeff Samardzija. He pitches in the upper ninties with good sink action. Has a great curveball and is very durable and athletic. For best hitter, it has to be Tyler Colvin. He has proved that he can hit at all the levels, especially when it counts. He now has even more playoff experience and is very athletic for an outfielder.