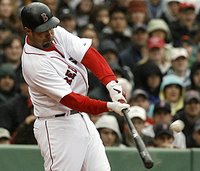 The Red Sox and Mike Lowell have agreed to a three year deal, worth 37.5 million dollars. According to Peter Gammons, both the Phillies and Dodgers had offers ready at four years, but Lowell decided to return to Boston. Lowell, who was the World Series MVP, quickly became a favorite among players and fans. "Forget about A-Rod. We've got Mike Lowell in the house," Ramirez yelled out during the team's victory parade through Boston. As for the Yankees, they have agreed on their three year, 45 million dollars deal that makes Rivera the highest paid reliever in history.