Share All sharing options for: Royals Should Consider Bonds 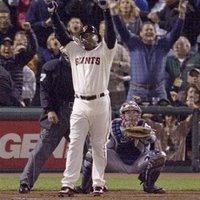 The Kansas City Royals biggest need is a guy with power. They have twenty-five million dollars to spend and will look for both a hitter and a pitcher, which is not out of the question with their budget. Although Bonds wants to go to a contender, the only logical teams in the AL are not contenders. The Yankees are not interested, the Angels are not interested, so he may be out of luck. One thing is for certain though, he wants 3,000 hits and would probably settle for a one year deal with a team to accomplish that feat. For one year, Bonds would probably cost 12-15 million dollars. That still gives them plenty of money to get a pitcher while giving them thousands of more fans who want to see Barry Bonds on their new jumbo screen. Bonds would work nicely in their DH spot, and could mentor young players Alex Gordon, Tony Pena, and outfielder Mark Teahen. They could move Billy Butler to first base and put Bonds, who batted .276 with 28 HR and 66 RBI, at DH. Playing DH would also increase his numbers. I think the Royals would love to have the first player to ever reach 800 homeruns on their team. Other than Barry Bonds, expect the Royals to inquire about Geoff Jenkins, Cliff Floyd, and maybe Tony Clark.