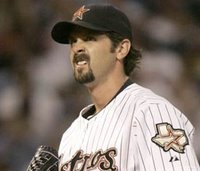 According to one MLB GM, since the Twins missed out on Jeremy Affeldt, they have set their sights on free agent Trever Miller. Miller, who went 0-0 with a 4.86 ERA in 76 games, is looking for a multi-year deal. The Rays were showing some interest, but might back out since he is looking for at least two guaranteed years. Miller is just 34, and would probably take a deal like Octavio Dotel's of two years at eleven million. It is still very possible that Miller will return to Houston, but it does not look like talks have progressed far, or at all. I do not expect their to be too much interest beyond those teams, but we could see the Braves come in looking for a veteran for a year or two. I expect a deal to get done by the end of the month, so stay tuned.