Will The Rangers Fire Washington?

Share All sharing options for: Will The Rangers Fire Washington? 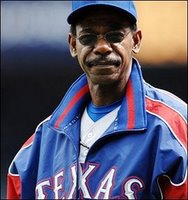 Although the Rangers gave Ron Washington an extension through 2009 in August, Washington has been told that if the team doesn't turn it around, he could be gone. Ron Washington has been a failure as a manager, but I wouldn't say it is all his fault. The Rangers have been so focused on building their minor league system for the future, that they have failed to sign valuable pitching. Their lineup does not really have a power bat in it, so it is easy to pitch around guys like Josh Hamilton or Hank Blalock. Rangers fans are growing tired and are looking for someone to blame- that blame will probably come down on Ron Washington within the next month or so- assuming they cannot turn it around. As for possible replacements, I doubt they would want to take Rudy Jaramilo out of the hitting coach spot, but he is a possibility.

The Rangers are currently banking on their low-level guys to come up and perform within the next three or four years. It is rare that five or six prospects come up together and all perform in starting roles; however, the Rangers believe that is what will happen: "It's been very flattering, some of the recognition we've received from Baseball America, and Baseball Prospectus and some of the other experts in the industry. The most reassuring thing and the thing that confirms our own feeling is that other clubs are asking for our young players, and other scouts are talking to our scouts and opposing managers and coaches are talking to our guys on the field, saying: 'I like this guy, I like that guy.' That's when you know, these guys are real." 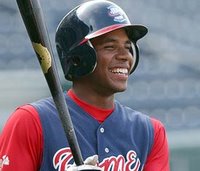 One problem with taking the patient approach is that at some point you will get impatient and start rushing these guys to the big leagues. The Angels are a team that is adding players to win now while adding minor league depth. The Athletics too, recently restocked their minor league system and will probably continue by means of the draft and other trades. But, the Rangers remain quiet and firm on their prospect development idea: "We're going to try to stay focused on our little niche here in Texas and try to keep plugging in as many of our quality young players, once they show they're ready," the general manager said. The Rangers have seen this work before, and I think they have a good idea, but they might want to add a short term bat to compete somewhat in the division.