Neshek Out For Season?

Share All sharing options for: Neshek Out For Season? 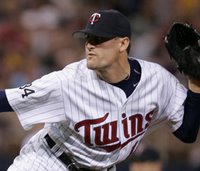 According to GM Bill Smith, the current goal for the Twins is to get pitcher Pat Neshek, who has a partially torn ulnar collateral ligament, healthy for spring training. Neshek will not be able to throw for three months, but it is likely they will shut him down for the season to prevent further damage. Neshek is key to the bullpen and is a big blow to them right now. Matt Guerrier and Juan Rincon will likely split time, but the Twins really don't have anyone that can come up and step into a big role.