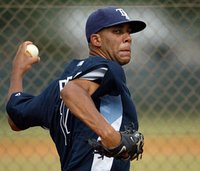 According to Bill Chastian of MLB.com, the Rays have promoted David Price to Triple-A. "Moving him up to Triple-A, we just wanted to see him get involved a little bit. We have several different scenarios that we've kind of created mentally. We'll see how it all plays out. We're prepared to do a couple of different things as we see fit." According to Chastian, "Price went 7-0 with a 1.89 ERA in nine starts at Double-A Montgomery, pitching 57 innings for the Biscuits and walking just 16 while striking out 55. Prior to joining Montgomery, Price went 4-0 with a 1.82 ERA in six starts at Class A Vero Beach." I spoke with Price several months back and he told me that working hard and keeping a positive attitude will keep him progressing.

If he can pitch well in Triple-A, there is little doubt that he won't be with the team at some point in September. 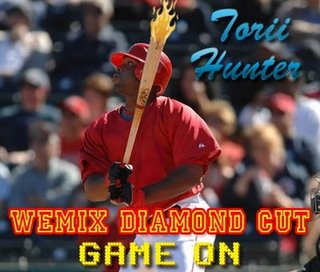