Share All sharing options for: Nationals Looking to Score Big? 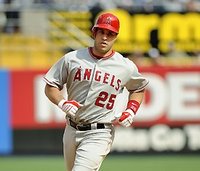 According to the Washington Post, the Nationals plan to be very aggressive this offseason and will look to add a veteran pitcher as well as a power hitting player to help shape their lineup. The Washington Post believes the Nationals can take on a salary like Mark Teixeira or Adam Dunn, but they will need to convince him to take different amounts annually, so it fits into the Nationals payroll. One thing that could block the Nationals from landing a player like this is that both players are represented by Scott Boras and Boras is very big on annual salary. He is also known to shape his players contracts around the media opportunities in that city. Moving a prime time player like Teixeira in his prime to Washington isn't exactly a good idea. However, that doesn't mean the Nationals cannot land a big name player. The Nationals could package a deal together for Matt Holliday, or maybe Robinson Cano, to fill the void at second base.
As for pitching, I have been informed that the Nationals have some interest in Mike Hampton, as well as Braden Looper. For the Nationals, there best chance of improving is moving through trades and mostly small signings. Making a trade for Kevin Millar, if the Orioles make a serious run for Kevin Millar, would desperately help their squad. Several teams have failed to sign veteran pitchers who actually produce, so I wouldn't recommend that. But going after Oliver Perez, or making a trade for a pitcher like Jason Marquis, could prove to be a good move for the team.