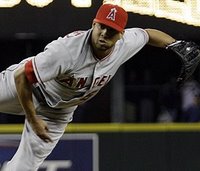 According to a source in the industry, the Cardinals will aggressively pursue a closer, and plan to talk with Francisco Rodriguez and Brian Fuentes. The Cardinals bullpen hurt their chances for the playoffs more than ever this season, as they finished in fourth place with 86 wins, blowing 31 save opportunities. While they have young players like Chris Perez and Kyle McClellan, bringing in an established closer and using these guys to help set up for him would make the bullpen a lot stronger. While the Cardinals have not gotten their organizational meetings underway, it is believed they would be willing to offer a four year deal, with either club or performance based options.
The Mets and Angels are two of many teams that will pursue Rodriguez, who will let the desperate market determine his salary. As for Fuentes, a team like the Tigers or Indians could make an aggressive offer to get him off the market early.
This story was approved by MLB Rumors.