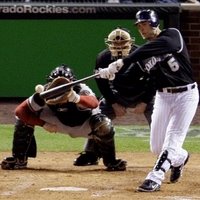 According to the St. Louis Post Dispatch, the Cardinals will pursue outfielder Matt Holliday. While pursuing Holliday would give them the best 3-4-5 combo in baseball, it would cost them so many of their top prospects that it might not be worth it. The Cardinals shouldn't make Ryan Ludwick available in this trade, mostly because Ludwick will probably put up better numbers than Holliday. However, if they include Peter Kozma and Colby Rasmus, along with a solid young pitcher, they might be able to land him.
This story was approved by MLB Rumors.