Source: Cubs Will Not Pursue Abreu

Share All sharing options for: Source: Cubs Will Not Pursue Abreu 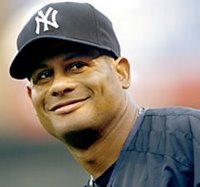 According to source close to Cubs executives, the Cubs have no interest in pursuing outfielder Bobby Abreu. Despite Abreu's strong year, he is a Type-A free agent and would cost the Cubs two draft picks. The Cubs are very big on making improvements through the draft, and will look elsewhere for help in the outfield. With that said, Rangers outfielder Milton Bradley was rated a Type-B free agent and has been a Cubs' target for several years. If the Cubs were to make an aggressive offer for the switch hitter, they could probably land him. He would fit in at right or center, and would help balance the Cubs' middle part of the order.
The Mets are believed to be interested in Abreu, but several teams will likely drop out now that the rankings are out.
This story was approved by MLB Rumors.