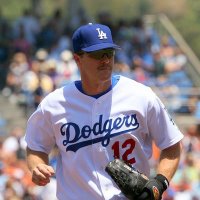 Five-time All Star Jeff Kent has decided to announce his retirement, MLB.com is reporting. A 17-year veteran, Kent is arguably the best second baseman of all time, hitting .290 with 377 HR and .500 slugging percentage. Kent is definitely a Hall of Fame candidate, with an MVP and four Silver Sluggers under his belt. Not only that, but he drove in more than hundred runners eight times. Kent's numbers are much better than Ryne Sandberg, a career .285 hitter with 282 homeruns, as well as other potential Hall of Famers.
Kent sometimes had problems in the clubhouse, first with Barry Bonds in San Francisco and then in Los Angeles with Matt Kemp and some of the other young players. We'll see if that effects his Hall of Fame chances in five years.
This story was approved by MLB Rumors.