Ricketts To Be Named Cubs Owner

Share All sharing options for: Ricketts To Be Named Cubs Owner 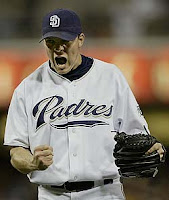 According to MarketWatch.com, the next Chicago Cubs owner will be John Ricketts, who is currently the President of Incapital LCC. The offer is believed to be around 900 million dollars, according to the Chicago Sun-Times. The Cubs are a very valuable franchise, but prices are extreme, and the Cubs might see the effects of that this upcoming season. The merchandise is very expensive, as is the food and beverages. It is very possible that they lose money on those accessories during the 2009 season, amidst the worst economic crisis in nearly 80 years.
We will see in the coming weeks if Ricketts decides to increase his payroll, allowing the Cubs to make another attempt to acquire Jake Peavy. The pieces are in place for a trade, one side just needs to execute the move. It will likely be considered a failed offseason if the Cubs do not acquire Jake Peavy - or another reliable starter - despite the additions of oft-injured outfielder Milton Bradley and relief pitcher Kevin Gregg.
This story was approved by MLB Rumors.