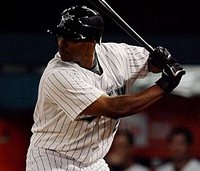 The Cincinnati Reds have agreed to minor league deals with OF Jacque Jones and 1B/OF Daryle Ward. It just so happens that both are former Cubs; however, only Jones played under Reds manager Dusty Baker. Ward has a good chance to make the club as a pinch hitter, while Jones might need to prove himself in Triple-A before getting the call up.
This story was approved by MLB Rumors.