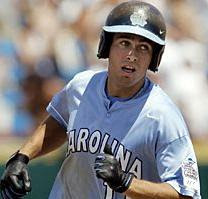 With the Nationals already set on pitcher Stephen Strasburg, it is now the Mariners turn to pick the best player on the market. That player may be Dustin Ackley, who is hitting .405 with 17 home runs and a .511 on-base percentage for the North Carolina Tar Heels. The Mariners like his speed and ability to hit for average, but there are questions about his power and his ability to play the outfield as he still comes back from Tommy John surgery.

The Mariners should seriously consider Tanner Scheppers, who is pitching in the Independent Leagues right now. Scheppers is excited about the draft, a strong indication that he will sign. Scheppers, if you don't remember, so his draft stock fall after he injured his shoulder. He was drafted by the Pirates, but chose not to sign. Scheppers is a big time pitcher who has the potential to be a front of the line rotation starter.