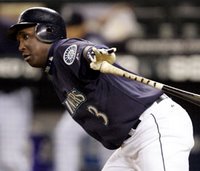 The Mariners have started shopping struggling shortstop Yuniesky Betancourt, who is hitting just .266 with 2 home runs in 40 games. Betancourt is career .281 hitter, but has an unimpressive .304 on-base percentage in his career. Trading him won't bring back much in return, but he is under contract through 2011, with a 6 million dollar club option for 2012.

The Padres and Pirates have expressed interest, but maybe they could find a match with the Cardinals. It is obvious that Khalil Greene and the Cardinals is not going to work, and bringing him to Seattle might be good for his career. Seattle is not a hitters park, but with Ken Griffey, Adrian Beltre, and Russell Branyan in the clubhouse, he will have a lot of people to turn to. Not only that, but manager Don Wakamatsu looks like a great choice by the Mariners and he could prove to be beneficial to a struggling player like Greene.