Would The Diamondbacks Trade Davis?

Share All sharing options for: Would The Diamondbacks Trade Davis? 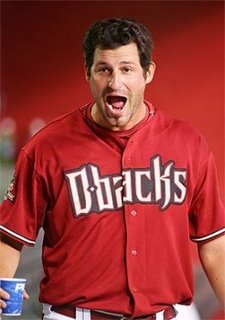 The Diamondbacks are 9-13 to start the year, but are without Brandon Webb and Stephen Drew. Not only that, but Chris Young and Connor Jackson are both hitting near the Mendoza Line (sub .200 average). Davis is off to a pretty good start this season with a 2-3 record and a 2.91 ERA. Davis is entering the last year of his contract and will make 8.75 million dollars. That is a pretty respectable salary considering it was backloaded. A team looking for a reliable starter to eat up innings could target Davis, who wouldn't cost much in return.

The Twins seem like a good fit if Davis is made available. The Twins eyed a lefty last season, but a deal could not be struck. They like Jarrod Washburn, but the Mariners are 13-9 and lead the AL West and may look to win the division rather than hold a fire sale. Another possibility is the Mets, who are in desperate need of veteran pitching. A trade involving the Mets could happen soon if Oliver Perez cannot find his form.