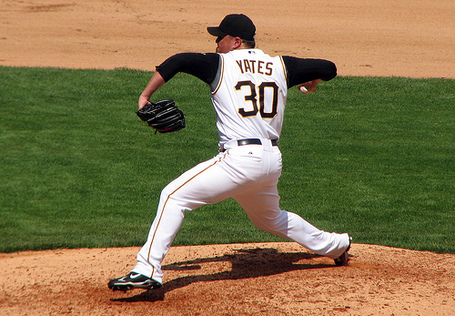 Just spoke at length with Yates, and he sounded plenty confident he will return, by early next season at the latest. "I know I'll be back," he said. "It's going to be a lot of work, but I've been through this before." He had Tommy John on the same elbow ligament in 2002. He also had shoulder surgery in 2005.

Yates was 0-2 with a 7.50 ERA in 12 innings this season but was decent the last couple of years pitching out of the bullpen for the Pirates and the Braves.