Padres Release The Oft-Injured Mark Prior

Share All sharing options for: Padres Release The Oft-Injured Mark Prior 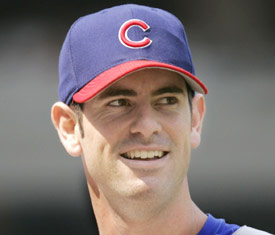 The sad story that is Mark Prior continued today, when the Padres released the oft-injured right-hander, this according to Corey Brock of MLB.com.

Prior was trying to make a comeback to the major leagues after having two major shoulder surgeries in the last three years, but an unexpected setback in the rehab process forced the Padres to finally cut their ties.

Prior to his release he was rehabbing at the Padres spring training facility in Arizona, but he'd never reached the point where he was facing live batters.

Prior was at one time considered a cant miss prospect, when he was selected number two overall in the 2001 draft, behind the Twins Joe Mauer. To put it into prospective he was basically the Stephen Strasburg of his time.

This is really a story about a kid who was blessed beyond belief with ability, a kid who had the chance to be one of the best pitchers of his generation. However, his inability to remain healthy for any length of time has all but ended his major league career.

For Prior's sake I hope all works out well. By all accounts he seems like a good guy who's been working tirelessly to get back to the big leagues. We can only hope this story ends well for Prior, but it's certainly not looking that way.