The Red Sox' recent trade of Marco Scutaro to the Colorado Rockies in exchange for Clayton Mortenson certainly drew a number of reactions, mostly of the "what's become of the once-great Red Sox?" variety.

This morning, though, some of those questions are coming into focus -- and Brian MacPherson of the Providence Journal offers one extremely plausible theory: the club is trying to reset their Luxury Tax counter in order to potentially splurge in 2013 without the repeat-offender penalty. At the other end of the deal is the suggestion that perhaps Mike Aviles and Nick Punto can combine into a Voltron-ish almost-Scutaro, which Over the Monster's Marc Normandin advocates but FanGraphs somewhat dismisses.

The question that remains, and leave it to Rob Neyer to keep asking it -- is Mortenson the best they could do?

Where the Red Sox stand with the luxury-tax threshold - Brian MacPherson | The Providence Journal
"In round figures, for luxury-tax purposes, the Red Sox payroll looks to be well over $170 million even without Scutaro on the roster. Henry has paid the luxury tax six times in the last nine seasons, more than all other non-Yankee teams combined. If Henry has asked Cherington to get the payroll close to or below the threshold, he indeed did not have room to sign a pitcher like Roy Oswalt or trade for a pitcher like Gavin Floyd."

WEEI.com: Scutaro Deal All About The Luxury Tax - Baseball Nation
"They couldn't get more for Scutaro than Clayton Mortensen? Maybe he'll turn into a strike-throwing machine while remaining a groundball-producing machine, and the Red Sox will have another Derek Lowe on their hands. Maybe the Red Sox' internal metrics show Scutaro as a sub-par defensive shortstop. But while I'm grateful to Alex Speier for providing a piece of the puzzle, there's still some stuff about this deal that I can't figure."

Mike Aviles And Nick Punto Can Be The Answer At Short For The Red Sox - Over the Monster
"The Red Sox might have downgraded slightly in their shortstop production by trading Scutaro, but Aviles and Punto combine to form something pretty close to what Scutaro would likely have done. If the Red Sox use the money freed up by the deal to add another quality starting pitcher, then the rotation, bullpen, and the organization's pitching depth will have improved, making the 2012 Red Sox a better team than they were before the Scutaro deal."

Scutaro Deal Gives Red Sox Odd SS Platoon - Eric Seidman | FanGraphs Baseball
"As a playoff hopeful, the Red Sox shouldn’t really forego the shortstop position just to sign an older Oswalt coming off an injury-shortened season. In the PuntoViles Platoon’s defense, the utility they provide to the Red Sox isn’t in what they have done, but rather in what they can do moving forward. In a platoon, it’s possible to mask the weaknesses and heighten the strengths. In this case, however, those generalities don’t necessarily apply."

Net gains, net losses from Marco Scutaro trade - Brian MacPherson |The Providence Journal
"In trading Scutaro for Clay Mortenson, Ben Cherington appeared to make his team worse rather than better. If Cherington can take the money he saved on Scutaro and spend it on a starting pitcher, however, the opposite likely will be true -- especially for a team that led the American League in runs scored last season."

The Boston Red Sox, The San Francisco Giants, And Pinching Pennies - Baseball Nation
"But the Boston Red Sox made a curious move over the weekend -- they traded away their presumptive starter at shortstop. They did it without a fantastic contingency plan. They did it to save $6 million, which they plan to now give to Not John Lackey. It's the kind of move that a lot of teams might make when they're reaching the upper limits of their payroll. But this is the Red Sox we're talking about. They're a superpower." 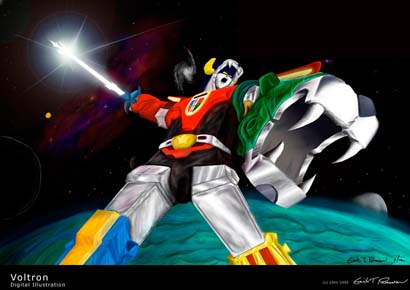 "Look, that's the Aviles arm waving his bat around while the Punto arm is gettin' all gritty."