What's Left In The Slugger Market?

Share All sharing options for: What's Left In The Slugger Market?

A week ago, when Victor Martinez's injury was announced, I wrote that people should essentially dismiss the notion of the Detroit Tigers going out and replacing him with Prince Fielder. So clearly, I have no idea what the heck I'm talking about. But I'm okay with that, so I'll trek on as if that didn't happen.

That last post wasn't really about guys that were openly available, because I was thinking more along the lines of under-the-radar guys. Clearly, the Tigers weren't interested in digging through my offerings*. None of those guys' names sounded quite royal enough (oh, and the home runs, too).

But you see, there happen to be lots and lots of other players on the open market, guys that would happily take something slightly less than the $214 million that Sir Prince just received (Side-note: Does Prince call his house The Castle? Because he should). For example, Johnny Damon asked for $214 million once. He did not receive this money. He still might find a gig, though, so let's take a look at his situation and the other guys looking for similar roles.

Damon, 38, might be the most popular guy left on the market, which kind of says something because he hit .261/.326/.418 with Tampa in 2011. What he can still offer is durability and a decent combination of power and speed (he hit 16 homers and stole 19 bases in 2011). Unfortunately, he's basically incapable of playing defense at this point, and his walk rate took a peculiar dip in Tampa.

It's been speculated that Lee could be nudged into retirement by a lack of interest, similar to how Jermaine Dye left the game a couple years ago. He could probably find a gig somewhere without much trouble, but it appears that he might be asking for more money than teams believe that he's worth. Last season, Lee hit .267/.325/.446 with 19 homers in 113 games, although he played quite well in 28 games for the Pittsburgh Pirates after a midseason trade from the Baltimore Orioles.

Hey, he's at least intriguing compared to a bunch of other guys on this list. He's got the issues that everybody already knows about (including a 50-game suspension that must be served) and he's pretty old, but he's also still Manny Ramirez. He's said he'd come cheap and the .298/.409/.460 line he posted in 2010 is way better than what the vast majority of teams get from their supposed sluggers.

He's mostly remembered as "the guy who hit that mondo homer for Tampa last year" but he's also not the worst DH option in the world. That home run was definitely the peak of his life baseball career, but he also destroyed Triple-A pitching to the tune of a .303/.430/.624 line with 30 homers in 98 games in 2010. He's never played great in the majors and his minor league numbers weren't quite as good in 2011, but he does in fact exist.

After years of being an above-average hitter for the Yankees, Matsui moved to the not-so-friendly confines of the Oakland Coliseum and posted by far the worst numbers of his career. His .251/.321/.375 line essentially made him a replacement-level designated hitter for the Athletics last season. He did play better later in the season, though, hitting .297/.356/.427 in his final 275 plate appearances.

No, not really. I just wanted an excuse to post this photo. 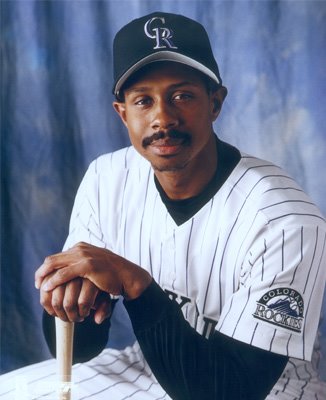 He got a full-time gig for 2011 based on his resurgent 2010 performance with the Texas Rangers, but he stumbled as the primary DH for the Baltimore Orioles. In 590 plate appearances, Guerrero hit .290/.317/.416. The batting average was still there, but his home run and walk numbers really suffered. The soon-to-be 37-year-old still has a unique ability to make contact, but his patience and power are being sapped by Father Time.

Ignore the home runs. Ibanez had an alright year in 2010, but he was positively abysmal with the Philadelphia Phillies in 2011. Getting 575 plate appearances despite his ineptitude, Ibanez posted a measly .289 on-base percentage while displaying an unusually bad brand of defense. He still has some power, though, and we all know that teams like themselves some power.

Branyan had a couple of pretty good years there, hitting a total of 56 home runs over 2010-2011. Even as a big slugger with little defensive value, negative base-running value and sky high strikeout rates, he was hitting enough homers and getting enough free passes to be useful. That wasn't the case in 2011, though, as Branyan posted a .197/.295/.370 line in 146 plate appearances with the Diamondbacks and Angels. He might be winding down at age 36.

Update: Apparently Burrell has told reporters that he doesn't expect to play again. So I suppose that's that.

He was awful in the American League with Tampa Bay, but he's generally been a pretty good hitter in the National League. Even as he's aged, the .252/.359/.468 line he's posted in 560 PA's with the San Francisco Giants over the past two years is above-average. Honestly, his name would probably get brought up more for DH gigs if teams weren't scared off by his inability to hit AL pitching the first time around.