A.J. Pierzynski should stay with the White Sox

Share All sharing options for: A.J. Pierzynski should stay with the White Sox

Like many of you, I have trouble waking up in the morning. When my alarm first goes off at 5:00 am, I reach for the snooze button. The movement usually wakes up my dog, Lola, who repositions herself either on top of my head or between my shoulder blades for more sleep. Lola lets out a big sigh when the second alarm goes off at 5:30. I hit snooze again, repeating the gesture every four minutes on alternating alarm clocks.

At some point -- some days after ten minutes of snoozing, on others two hours -- I reach for my cellphone and check text messages, emails, and Twitter, in that order. Usually I'm not looking for anything specific, but lately I've been on a mission: I want to see if the White Sox re-signed A.J. Pierzynski. The outcome of an entire division hangs on that bit of news coming across the wires.

It may seem crazy to place such importance on who will be catching for the White Sox next season, but whether Pierzynski stays or goes will be incredibly telling for the organization: If they spend the money, it's a sign that they aren't conceding the 2013 season. If they don't ... well, then it's not a big leap to finally accept that the White Sox have placed more value on slashing payroll than on winning, something they've threatened to do for years.

That's not to diminish the moves the White Sox have made this offseason. They signed pitcher Jake Peavy to two-year, $29 million extension and exercised their option on Gavin Floyd, but for as much attention and wealth as they've lavished on pitching, they've neglected to improve from a positional standpoint, leaving the team with a hole behind the plate, a question mark at second, a void at third where Kevin Youkilis was filling time, and a weak outfield. When the signing of Jeff Keppinger is the most exciting White Sox news in the last month, you have to start to wonder if perhaps Rick Hahn is locked in a basement without cellphone reception. 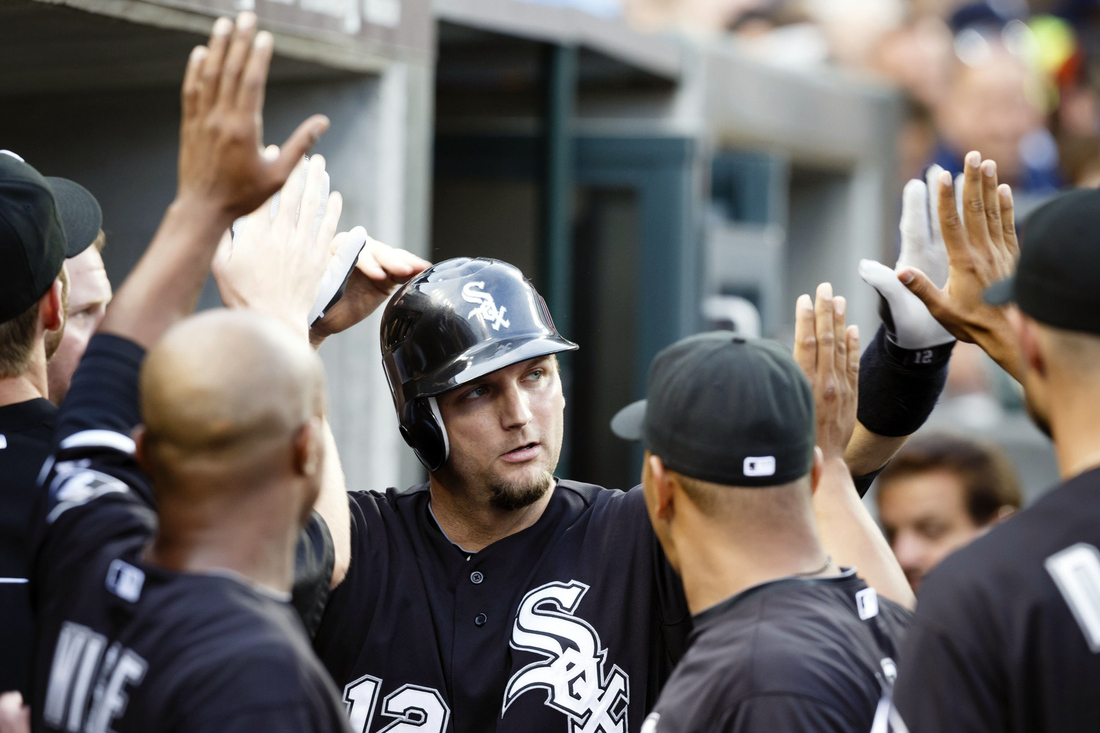 It's probably going to take two-years and $16 million to keep Pierzynski, but this is the one time that Jerry Reinsdorf needs to open his wallet and make it rain, because A.J. is the lynchpin. Don't get me wrong, after he retires there's about a zero-percent chance that there will be a bronzed statue of Pierzynski just beyond center next to Carlton Fisk, but he's been a productive piece of the lineup since 2005, and given other positional weaknesses, they can't afford to let him go.

The White Sox have an on-base percentage problem, ranking only seventh in the league last season. They decided not to spend money to keep Youkilis in favor of a Brent Morel-Jeff Keppinger platoon and haven't made any other positional upgrades. Losing Pierzynski, a solid contact hitter with a career .324 OBP, means that the team's ability to get on base basically implodes. Sure, Adam Dunn, Paul Konerko, and Alex Rios will continue to contribute to their home run offense (third in the majors in 2012), but there's only so much value in slugging when there's little else to support it. Pierzynski's career .318 OBP as a member of the White Sox is not special in the grand scheme of things, and it's only about average for a catcher during that same period, but it's still more than the Sox can afford to give up and still have a viable offense.

Last season was one of the best of Pierzynski's career. He hit .278/.326/.501 with 27 home runs, good for 2.4 WAR, the second highest WAR in their offensive lineup. Pierzynski is also a left-handed hitter, which balances out the White Sox' mostly right-handed lineup. While I'm inclined to consider Pierzynski's power a fluke, even some regression back to his typical routine of doubles and singles with 12 home runs is certainly a better option than playing backup catcher Tyler Flowers every day. Going on 27, Flowers may yet develop into an every-day option, but it's hard to assess his upside considering he has not seen regular playing time -- Pierzynski has only been on the disabled list once in his 14-year career. The plan was to give Flowers more plate appearances last season as a way of preparing for the veteran's departure, but since Pierzynski was hitting so well it was hard to justify keeping him out of the lineup. Given the lineup's other weaknesses, it's hard to stomach the idea of a regular catcher who has hit .205/.307/.388 in 317 plate appearances in the majors. 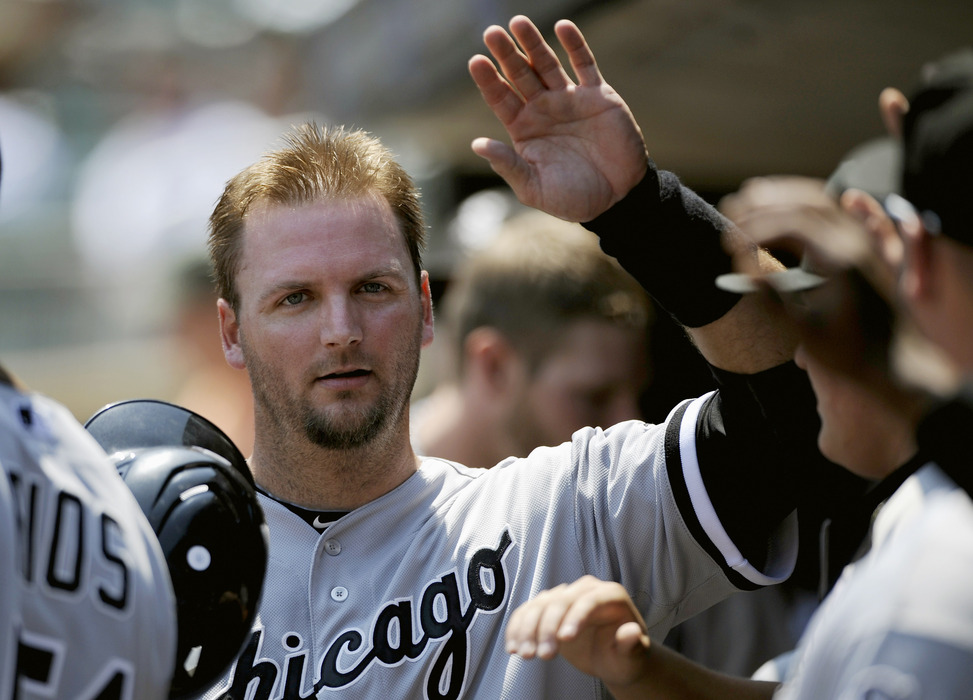 Aside from the White Sox, there are two teams that have reportedly shown interest in Pierzynski: The Rangers and Yankees. In the absence of Mike Napoli, the Rangers are looking for someone to split duties with Geovany Soto, and the Yankees need to replace Russell Martin, who signed as a free agent with the Pirates. It's likely the White Sox are just waiting to see what Pierzynski is offered by another team before trying to work out a final deal. Hahn worked out Pierzynski's last extension in 10 or 15 minutes when the Dodgers tried to lure him away, and so there's hope that history could repeat itself. Still, there's a likelihood that given the scarcity at the catching position, a team will be willing to offer Pierzynski three years. That team definitely won't be the White Sox.

The only way the White Sox can afford to lose Pierzynski without conceding the season would be to upgrade at other positions. The rotation has a surplus of arms, and there is still a possibility that they could trade Gavin Floyd for offense, but they are not in a position to give up prospects or position players. If the organization wants to toss Flowers into the deep end to see if he can swim, that's going to require upgrades in the outfield, second base, or third base to keep up with the rapidly-improving AL Central (Twins notwithstanding).

As much as the White Sox want to cut payroll and let their young players develop, they can't do that at every position and still compete. That's why the Pierzynski signing is such a pivotal move for the organization. Not only would a veteran who has had so much success in managing the pitching staff be missed nightly next season, but would also represent a big gamble for an organization who might not have enough tricks up their sleeves otherwise to avoid waving a white flag at the Cell by midseason.

A Twitter follower of mine created a website based on my daily vigil. Did The White Sox Sign AJ Yet? is updated each day with a picture of a defeated-frustrated-bleached-tipped Pierzynski with the word "NO" underneath. The site's creator, @Yoshiki89, will keep updating it until a decision is made on Pierzynski's future. Hopefully in the coming weeks the photo will be from a celebration on October 26, 2005, with Internet confetti and clapping to celebrate his return to the Southside. If the White Sox can't work out a deal, then the most fitting photo would be Michael Barrett punching Pierzynski in the face -- and that's an image the organization's immediate future can't handle. 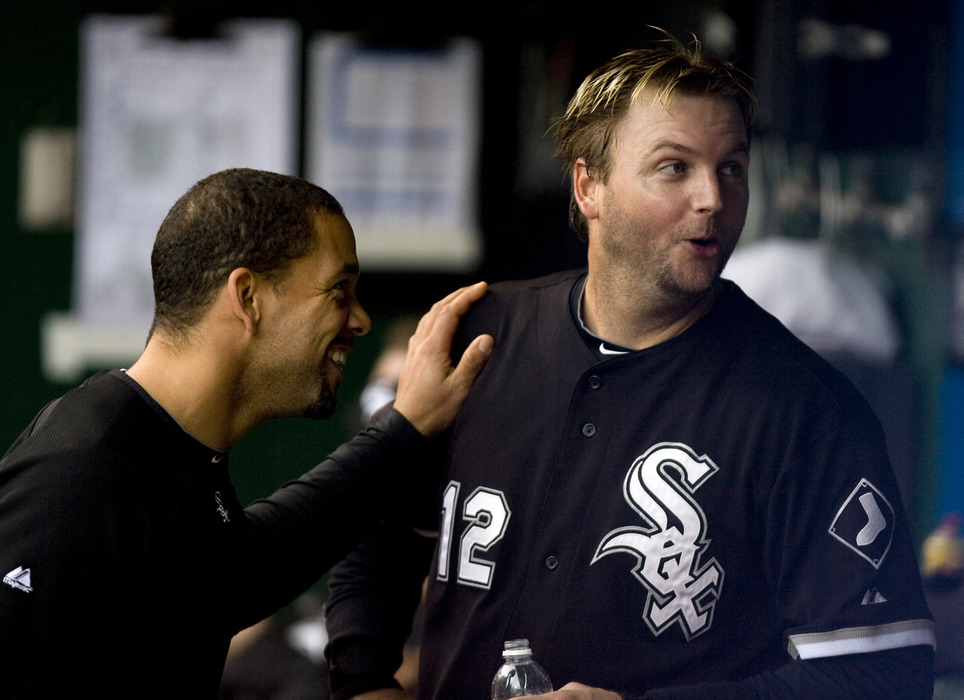 Cee Angi is one of SBN's Designated Columnists, one of the minds behind the Platoon Advantage, and the author of Baseball-Prose. Follow her at @CeeAngi.