What's left in the outfield market?

Share All sharing options for: What's left in the outfield market?

Last week, the ever-stealthy Angels came out of nowhere to sign Josh Hamilton to a five-year deal, ensuring that they would be removing someone from their cluttered outfield and designated hitter picture, presumably in exchange for a starting pitcher. As the Angels had not been in the outfield market prior, and all of the teams who were previously looking at Hamilton remain in it, the whole pasture-market is now in flux.

With Hamilton gone, Nick Swisher and Cody Ross are the only two remaining free agent corner outfielders that have generated significant market interest. Michael Bourn is also available, should a club have room for a center fielder, but for the most part, Hamilton's market looked like those searching for another corner bat.

The Rangers have now lost Hamilton and Mike Napoli from their lineup, putting an awful lot of pressure on healthy seasons from Nelson Cruz and Ian Kinsler, as well as likely second baseman Jurickson Profar. This could push them to move forward and give Swisher a call or might even send them into the trade market.

That's the thing right now, though: no one is quite sure what's next, just that something -- or a whole bunch of things-- are going to happen before the off-season is over. With Hamilton signed, Swisher is the most-attractive option remaining, and there's a good chance he'll milk that for all it's worth. The Indians have been leading the charge on Swisher for a few weeks now, and on Tuesday he'll visit the team, tour Progressive Field, and likely receive an offer. There's no reason for Swisher to just accept, though, given all the other options out there for him. 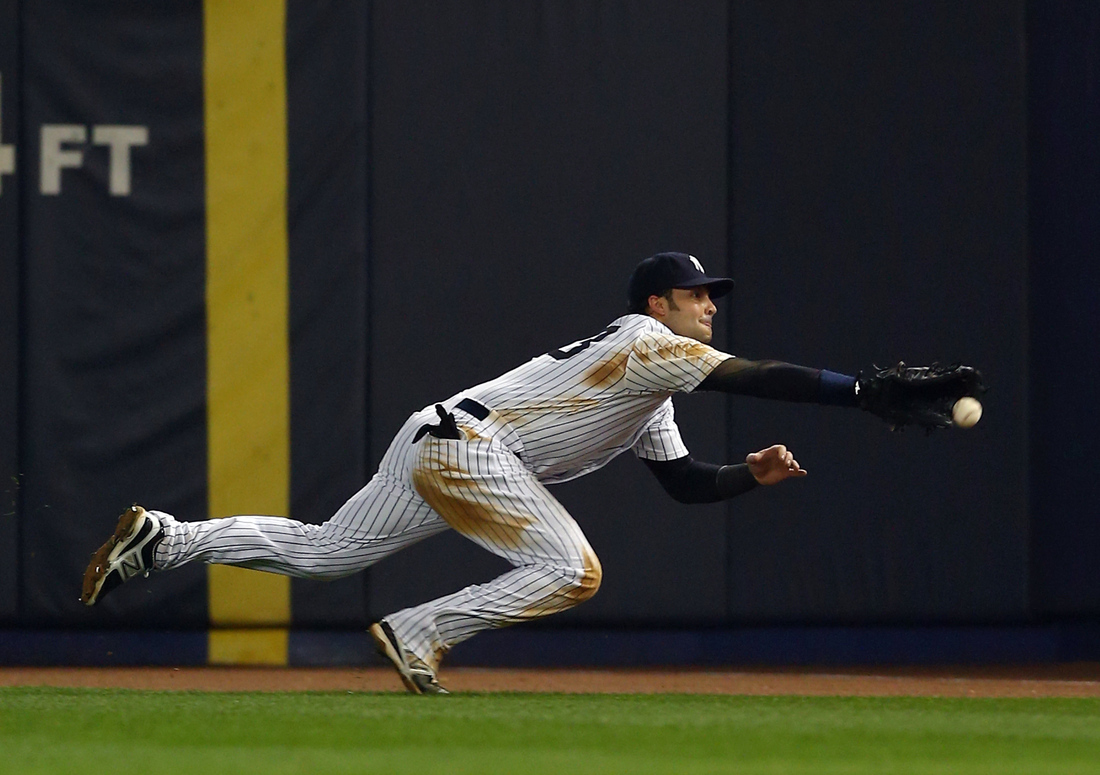 The Rangers, now without Hamilton, need help in an outfield that currently features Nelson Cruz's last contract year, rookie Leonys Martin, and glove-first outfielder Craig Gentry in center, and, as of now, David Murphy in left. The Mariners, who, thanks to a lack of bats, were in a position to do for Hamilton just what the Angels did first, could now be the club that hands Swisher that fifth season he's been waiting for this off-season.

The Red Sox are a long shot, but should something go wrong with the Mike Napoli negotiations -- he hasn't officially signed yet, reportedly due to a problem in his physical -- they might re-enter the already crowded scene in order to get Swisher for first base. The Phillies might be loathe to give up the earliest draft pick they've had since they selected Cole Hamels #17 overall in 2002, but they could use the sure thing in an outfield that currently has only Ben Revere, Dom Brown, and Darin Ruf. The Orioles could similarly use an upgrade either in the outfield or at first base, especially since they seem to be failing to secure additional pitching.

Swisher could help all of those clubs, and likely for much if not all of the duration of a four- or five-year deal. He's a very patient and disciplined hitter who draws walks, hits some homers, and plays enough defense to get by. As a switch-hitting outfielder and first baseman, he also gives clubs versatility and flexibility. He could very well pull in something like four years and $60 million, or maybe even five years at $75 million, depending on the team and its level of desperation. That might limit his market, but everyone still looking at him can seemingly afford to spend that.

The clubs that lose out on Swisher will be forced to look either at internal options or someone like Cody Ross or Scott Hairston. They're very similar players, though, you wouldn't know it given how much more often Ross's name shows up in rumors. Both mash lefties and can play center in a pinch, but you're better off if that pinch never occurs. Neither is particularly patient or draws many walks, so their value is tied up in how much power they can produce.

Hairston will be 33 in 2013, while Ross will be 32, and while neither will cost their new club a draft pick in next summer's draft, neither of them is as complete of a player as Swisher, either. They can be inked to short-term deals, though, and there's value in that. But there's definitely a get what you pay for vibe surrounding the non-Swisher outfield market. 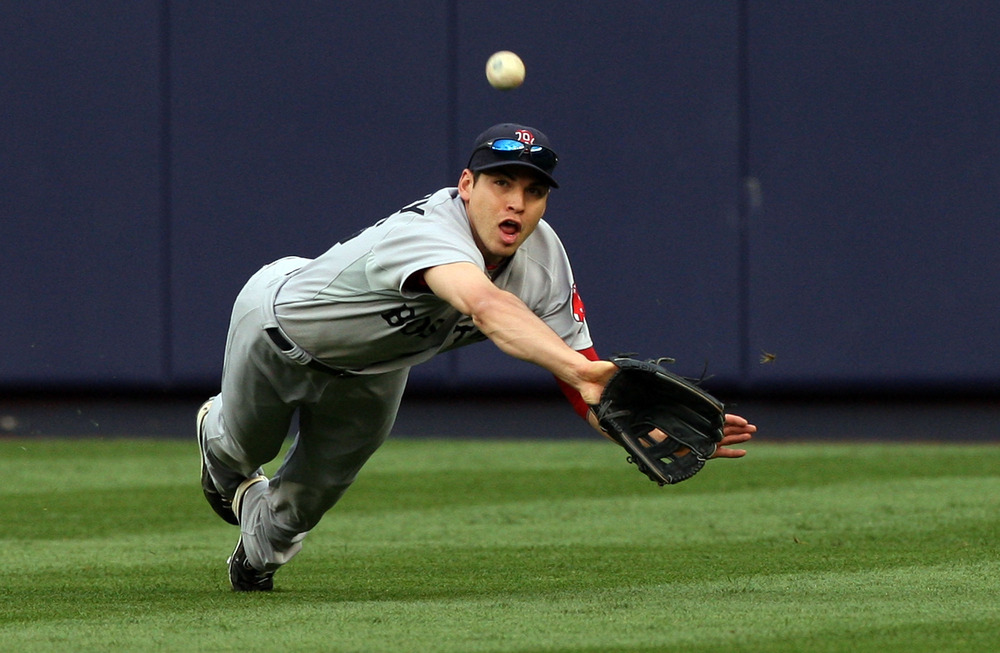 If it's not one of these players that sates their needs, the above clubs, as well as others, are going to start looking at the trade market. Jacoby Ellsbury is a tough player to figure out, as he didn't seem healthy to close out 2012 after dislocating his shoulder in an April collision. However, he was an MVP-caliber player in 2011, and because of the potential for a repeat performance he has the most upside of all of the outfielders available whether through signings or trades, especially since his glove and bat can be slotted into a corner, unlike that of free agent Bourn.

Ellsbury also has a significant number of questions surrounding him, though, pertaining to whether he's going to be closer to his career rates, where he's been a bit above-average at the plate and well-above defensively, or if he's even going to be healthy by the time his last year of team control runs out following 2013.

There's also the question of just how much the Red Sox are going to expect back for him: they could easily just sit on Ellsbury all year long, enjoy his 2013 season as they try to compete, and then take the compensation pick at year's end when he bolts. Alternatively, if Boston's season doesn't go well, they can try to move Ellsbury in July, before the trade deadline, to a club willing to give them more than a single sandwich-round pick's-worth of return.

This isn't an R.A. Dickey situation, where a high price can be demanded by a team convinced they aren't competing for a couple of years. Because Boston expects to be relevant in the upcoming season, the Red Sox are likely to ask for a lot in exchange for the one year of Ellsbury, even given his down 2012, reducing his chances of going anywhere. 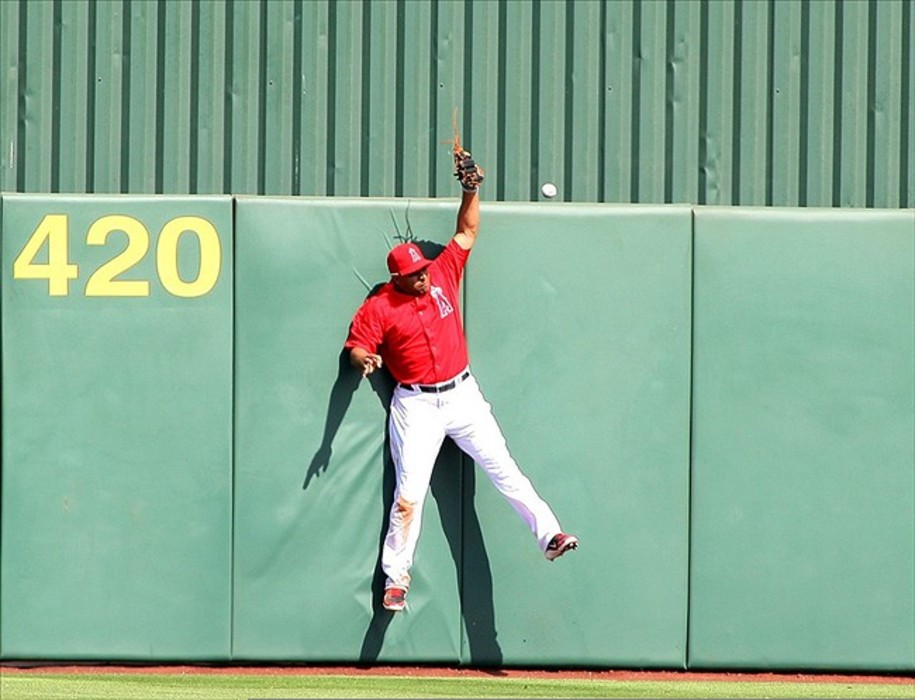 What the Red Sox have in their favor, though, is that if anyone is desperate enough to make a trade, their options are limited. Denard Span and Ben Revere were both traded already. Shin-Soo Choo was shipped off to Cincinnati. Justin Upton is reportedly off of the trade block now that the Diamondbacks have a shortstop in Didi Gregorius. The Angels are always willing to sell Vernon Wells, but that doesn't necessarily make taking him on a good idea, even if they absorb a significant amount of the money.

Those same Angels, the ones that helped cause some of this problem in the first place by signing Hamilton out of nowhere, might determine whether or not there is a market for Ellsbury (or whoever) with their next major action of the winter. Should they trade an outfielder, such as Peter Bourjos or Mark Trumbo, then whoever receives that player makes one fewer suitor for Ellsbury. Should the Angels opt to move designated hitter Kendrys Morales instead, that means there is still at least one club out there looking for an outfielder. Whether that club is a fit with Boston or not remains to be seen, but that's just another domino in a long line of them comprising this off-season's outfielder market.

There are so many moving pieces in place, and for so many teams, that even with all of the prior outfield action the market is kind of taking its time and seeing what's out there, rather than reacting quickly. Half a dozen teams might all be waiting to see what Swisher is going to do -- and where he's going to be -- before determining their next step.

One or more could also get in ahead of the game and make an aggressive offer to Ross, Hairston, or in a trade, in order to avoid whatever mess comes out of both Swisher and Hamilton being unavailable. It might take until after Christmas for all of this to occur, but once the outfield market gets going again, expect it to resolve most of the remaining questions surrounding it fast as teams jump in to claim their piece of the pie.

Marc Normandin is one of SBN's Designated Columnists and one of the managers of Over the Monster. Follow him at @Marc_Normandin.