This off-season has brought us plenty of drama already and there are still 44 days until pitchers and catchers make their way to Florida or Arizona. Looking over the deals, we pick some winners and losers among the signings and trades. 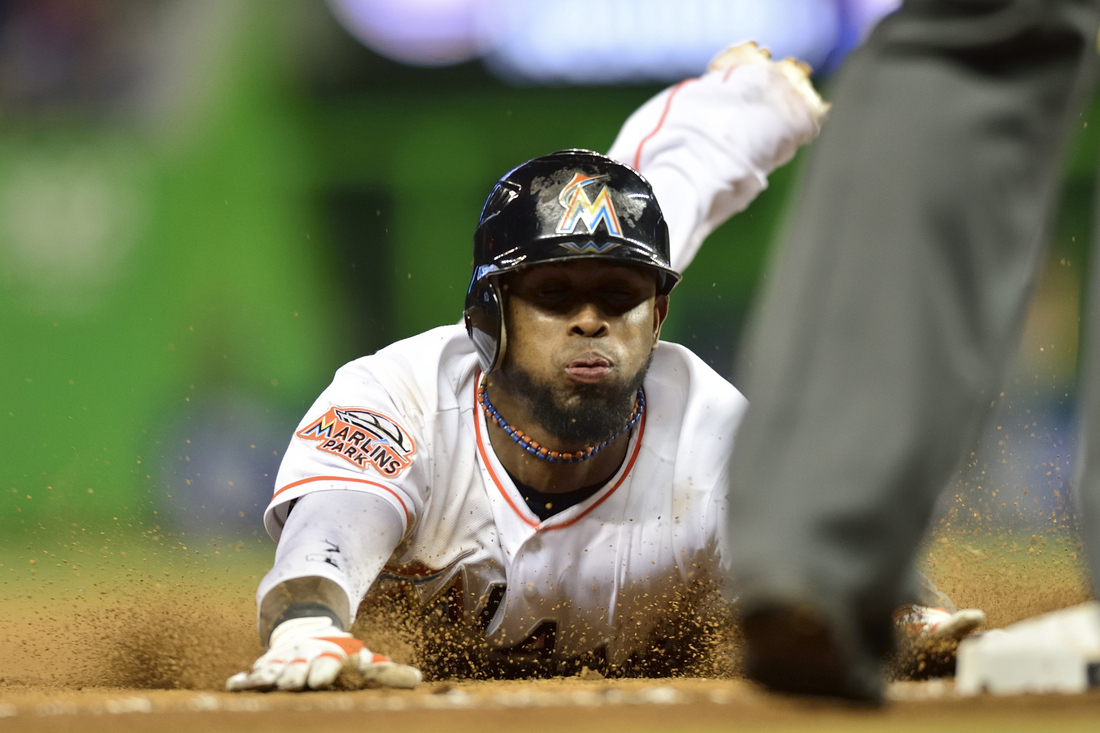 This was the game changer of the off-season. The Marlins dumped every useful player not named Giancarlo Stanton for a collection of role players and prospects. It is as lopsided as a deal can be and it likely transforms the Blue Jays from AL East bottom dwellers to legitimate contenders.

The Blue Jays added two pitchers to upgrade their dreadful 2012 rotation, got an elite leadoff hitter to upgrade the shortstop position and added a versatile utility player without even giving up their top prospect, Travis d’Arnaud, who they used to add the NL Cy Young Award Winner several week after this deal. It is a big win-now move for the Blue Jays and it is certainly possible that it could backfire in some way but it is easily the biggest winner among the off-season moves. 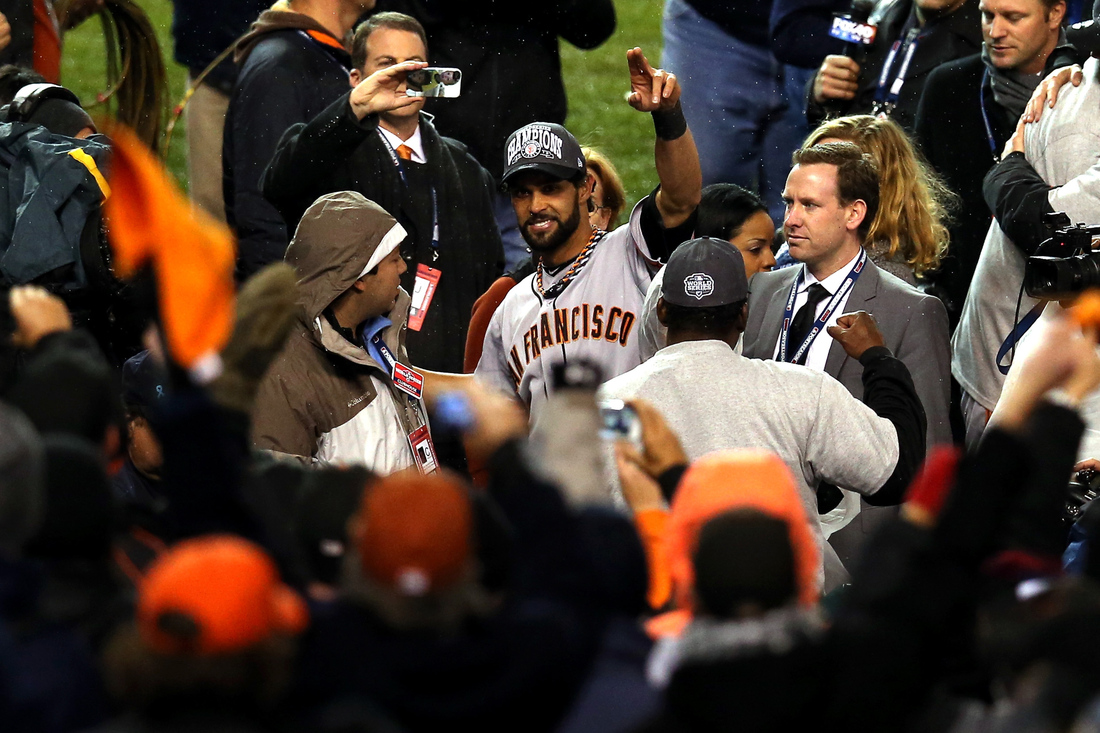 Angel Pagan has long been a very underrated player and the Giants were savvy enough to see that when they swapped Andres Torres and Ramon Ramirez for him prior to the 2012 season. Pagan rewarded them by hitting .288/.338/.440 and playing solid defense in center. This deal is nowhere near as sexy as the Blue Jays mega-trade, but it could easily be the biggest bargain of the off-season.

The Red Sox will pay Shane Victorino $3M a year more for the next three years and B.J. Upton will get $5M more a year and $35.25M more overall with his five year deal. is younger than Pagan and Victorino has been slightly better over the last three years, but neither player should project that much different from Pagan in 2013 or 2014. The World Champions were determined to get the band back together and with this deal for Pagan, they have done so on the cheap. 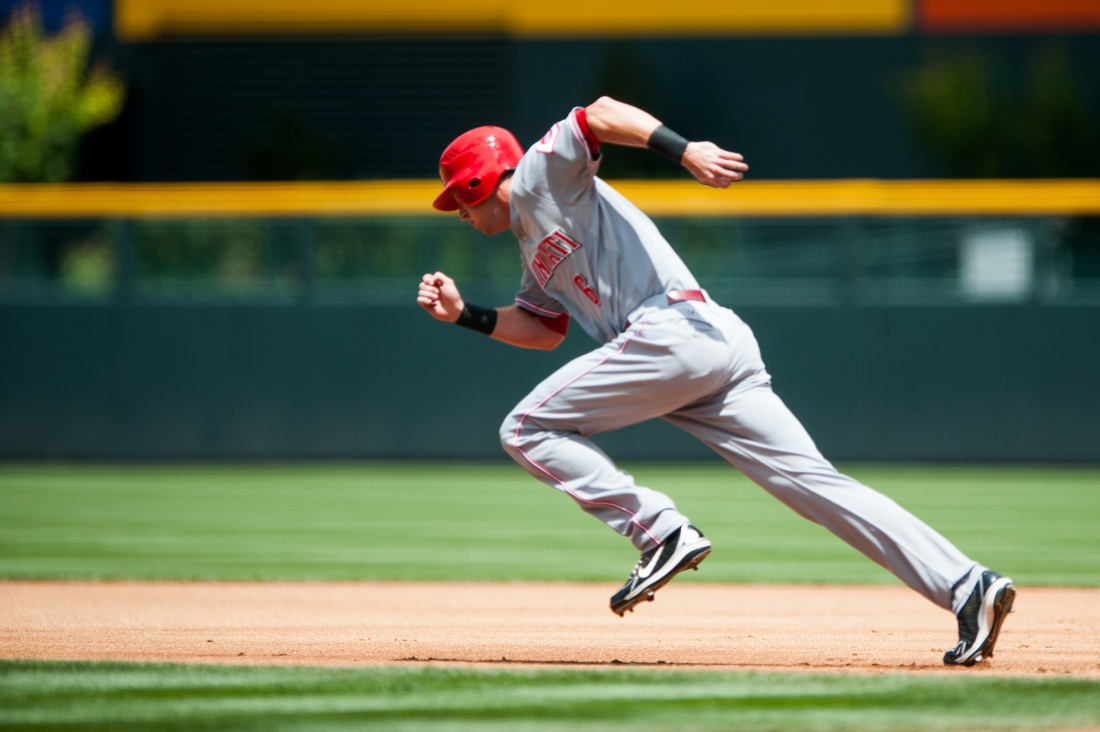 The Indians gave up a player in Choo who was in his walk-year, a mediocre reliever in Sipp, a utility guy in Donald and a one-time prospect in Anderson and got back a starting center fielder, a top pitching prospect and two useful- if mediocre- relievers. That is a win any day of the week.

Stubbs has some issues and Bauer appears to have fallen out of favor in , but the Indians gave up so little in this deal that it is hard to imagine it not working out in their favor. Choo is good hitter and he will help the Reds out next year, but got far more than market value for his services in this deal and then upgraded right field by signing Nick Swisher. 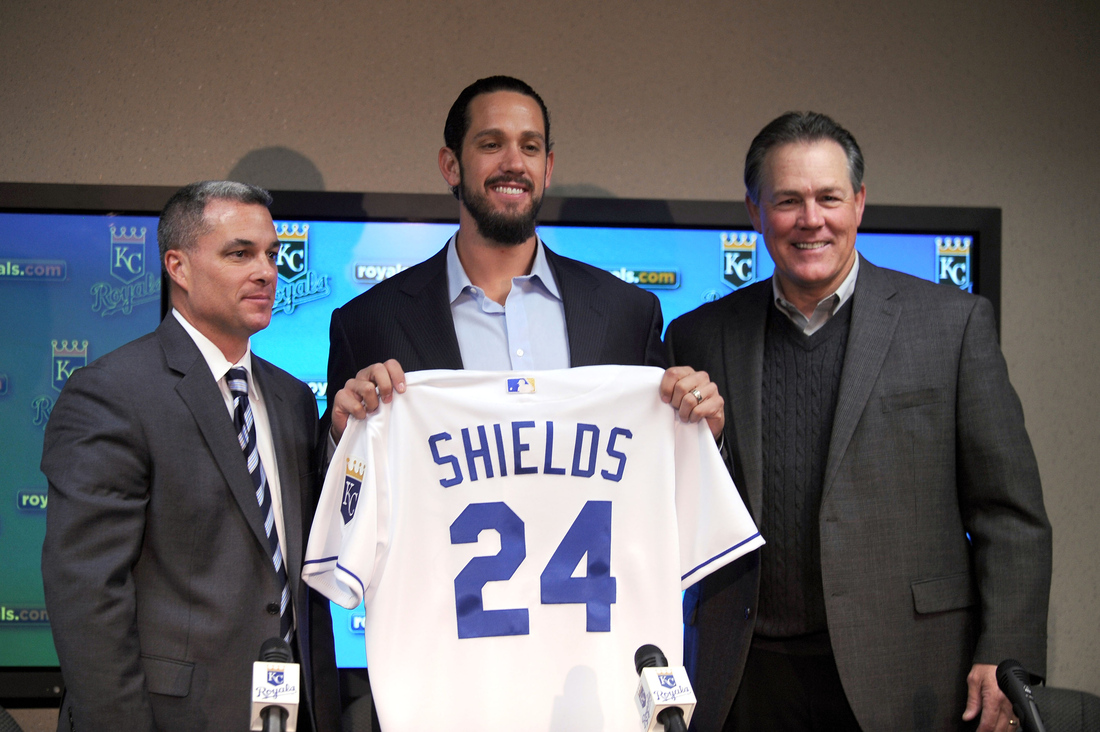 If the Royals were closer to contention, this move could be at least somewhat justifiable. They add a top-of-the-rotation starter in Shields and Wade Davis is a good player to have around in a swing man or relief role.

Those types of additions can make all the difference in a tight pennant race and a team eyeing a World Series run might be able to justify the high cost paid here. However, the Royals are a long way from contenders and this deal did little to change that. Even worse, the cost in prospects here is extreme. Myers is probably the best hitting prospect in baseball and he would have replaced one of the least productive everyday players in the game if the Royals gave him the nod over Jeff Francouer.

will return to a starting role, where he has been well below average in 64 games started. In that role, it is even money as whether he is even an upgrade over the younger, cheaper Odorizzi. The Royals also gave up two other well-regarded prospects here. Even given the price that Toronto paid for R.A. Dickey a week later, this seems like a huge overpay. It was a desperate move by a desperate GM. Even if everything breaks exactly right for the Royals, it is impossible to overlook the flawed logic here. 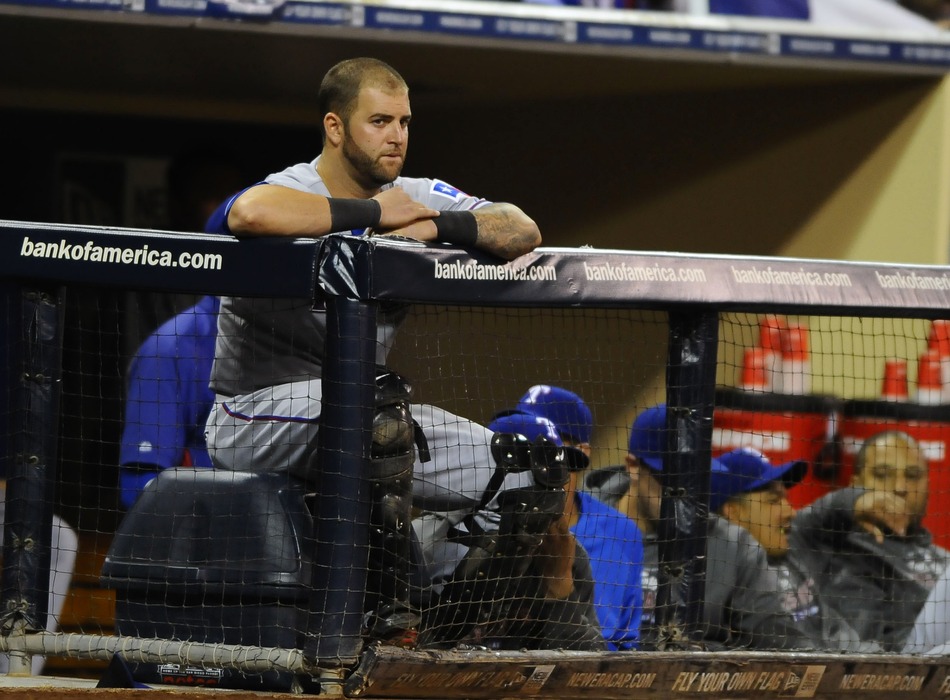 2. The Red Sox 25 and Counting Days of Not-Quite-Signing Mike Napoli

With a gaping hole at first base in the wake of the trade that sent Adrian Gonzalez to the Dodgers, the Red Sox were an obvious fit for Mike Napoli’s services. The Red Sox could have focused on Nick Swisher, Adam LaRoche or Mark Reynolds to address this need, but they chose to go hard after Napoli and eventually they got him for their preferred term (3 years) at a reasonable cost ($39M)... or so it seemed. After the medical review set off alarm bells, the Red Sox hit a stalemate in the negotiations and now both sides are looking at other options.

Meanwhile, the Indians have signed Nick Swisher and Mark Reynolds, leaving Adam LaRoche as the last decent free agent option available to the Red Sox. is in a no-win position here. If they do sign to something close to the deal they originally agreed to they do so with major reservations about his health.

If they fail to sign him, they are in a weak bargaining position for LaRoche’s services and in the trade market now, since so many options have vanished. The best case scenario for is that Napoli caves and takes a lesser deal or allows a clause relating to the injury into his contract, but even that feels like a failure for the front office, as they are still getting a player they may not believe in all that much. 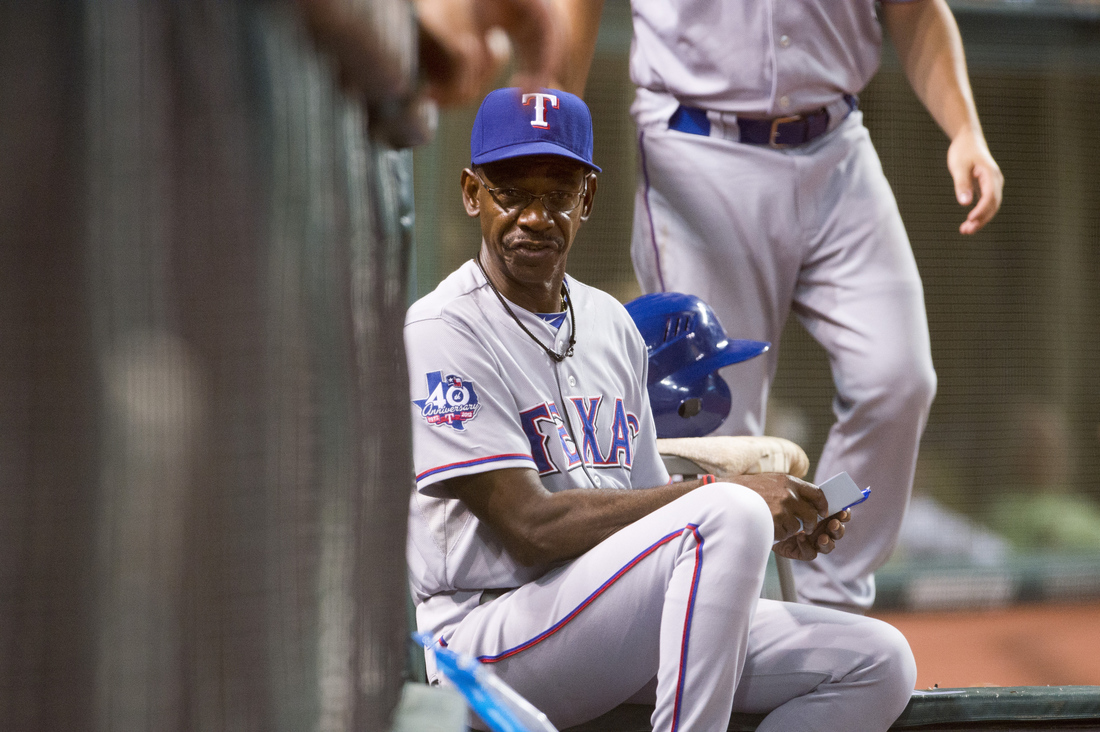 3. The Rangers Acquire No One

The Texas Rangers lost a heart breaker on the final day of the regular season giving the Oakland A’s the division title. Then they lost in the first play-in Wild Card game, ending their 93 win 2012 season in just nine innings of playoff baseball. Now, this off-season, they have lost their best player, Josh Hamilton, to their division rivals in and watched as the best alternatives to signed elsewhere.

They tried to orchestrate a four team mega-trade to bring in Justin Upton andthat fell apart, eventually becaming the Shin-Soo Choo deal that worked out so well for the Indians. They were the first team connected to R.A. Dickey, but they balked at the Mets asking price. They made some noise in the James Shields talks, but that didn't work out either.

There is still time for Jon Daniels and his team to find a blockbuster deal to put back in the playoff picture but their inactivity thus far this off-season is definitely worthy of a spot in the losers column.