Three players--Chipper Jones, Daric Barton and Adam Moore--have come off the disabled list this week, but they've been replaced by four others.

There are now 106 players on the DL with a median age of 28.5 years. The split among hitters and pitchers is almost at 2:1 with 70 pitchers out to just 36 position players.

Now that we're a few days into the season we've also seen our first few players ride the pine with injuries of the nagging day-to-day variety. In addition to the regular team DL chart, after the jump is a "Games Missed" graph with time lost to both day-to-day and DL injuries.

(More and larger graphs after jump) 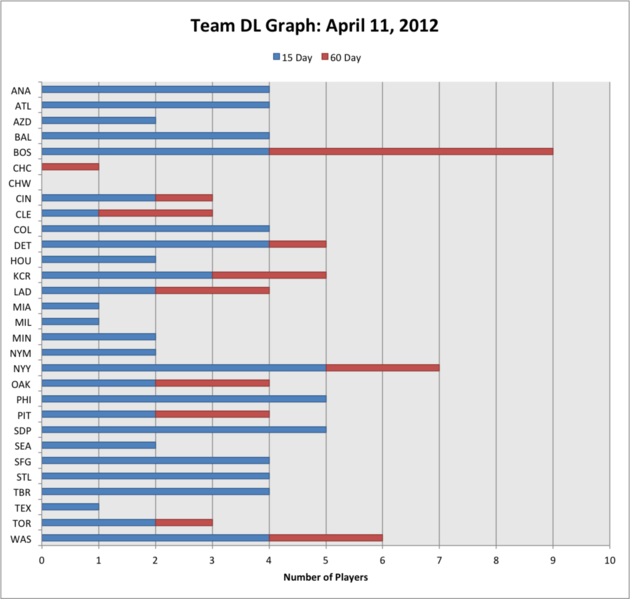 The Red Sox still hold their massive DL lead and the White Sox are still putting up a goose egg. All the more impressive for Chicago is they haven't had a player miss a game with a day-to-day injury yet either, though they're not alone there. 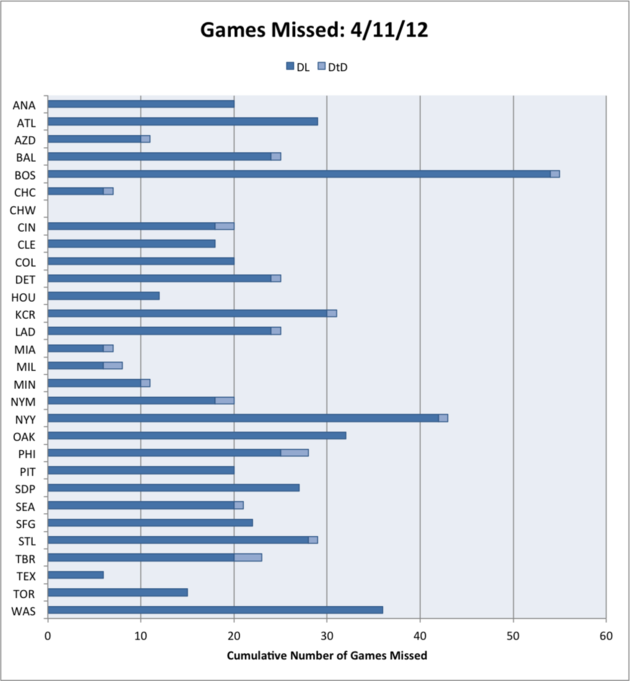 It's still early, so the graph really isn't too different from the one above. As the season wears on though, the discrepancies in the two graphs should grow considerably.

Check in next week for our first look at age data.