Share All sharing options for: Extra Wild Card Makes This Perfect Year for a Fire Sale

The second Wild Card has turned everyone into buyers. Contenders, teams out of the playoff hunt --- everybody.

No teams sound interested in flipping their veterans for prospects because they believe they will compete within the next year or two. Some of the few sellers out there are also trying to buy, making this the most complicated market in trade deadline history.

The perfect example of what I’m taking about is the Kansas City Royals. They’re listening to offers for their veterans and asking about top of the rotation starters at the same time. Even with taking the extra spot into account, the Royals are eight games out of a playoff spot, yet they expect to compete in 2013.

Sitting at Target Field last night, watching the Minnesota Twins lose to the Baltimore Orioles 2-1 (pics after the jump), I couldn’t help but think this would be the perfect year to have a fire sale.

There are so few teams willing to give up any major league talent, as even the sellers are looking for players who can contribute next season, if not today. A team like the Twins could really restock the lower-levels of the farm system and build a bright future.

Right now, it doesn’t sound like the Twins are ready to empty house. The team signed veteran Ryan Doumit to a two-year contract extension and has said slugger Josh Willingham is basically off limits. They’re acting like the team that had the fourth-best record in baseball two years ago, not the team that’s had the worst record in the American League two years running.

From 2001-2010, the Twins won six division titles and had just one losing season. The team consistently built a roster capable of lasting in the weak AL Central, but not to compete with the big boys once October started. The Twins had been swept out of the playoffs in each of their last three appearances.

From 1993-2000, the team didn’t have a single winnings season. One thing that helped spark a turnaround was in 1998 when the they traded away Chuck Knoblauch, who had led the Twins in wins above replacement for five-straight seasons.

Two of the players the Twins acquired from the New York Yankees were Christian Guzman and Eric Milton. While it’s not like either of those two is a Hall of Famer or anything, they were both All-Stars who gave Minnesota several strong seasons and helped lead the turnaround in the early 2000s.

That deal was made over the winter, not at the trade deadline, but it’s still a good example of how selling off your best player can help a losing team in the long run.

Here are a few pics I snapped last night: 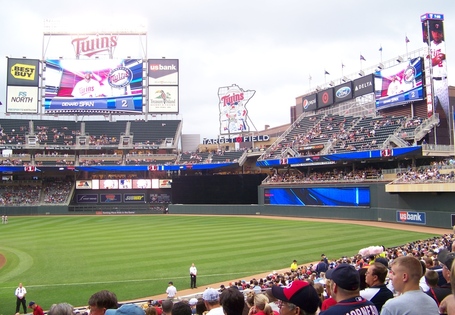 Despite stormy weather earlier in the day, the turnout was solid. This picture was taken shortly before the game started. Despite being a last-place team, the draw of Target Field still has the Twins 11th in attendance, averaging almost 35,000 per game. 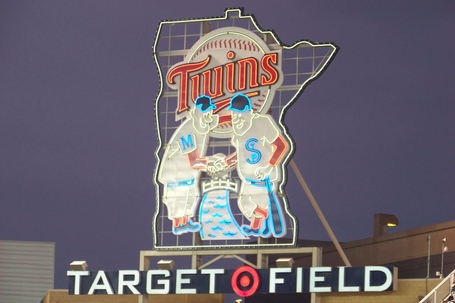 The old Minny & Paul logo. When a Twins player hits a home run, they shake hands. Miami gets flipping dolphins, Milwaukee has a guy go down a slide and we have two dudes shaking hands. Really sends the crowd into a frenzy. 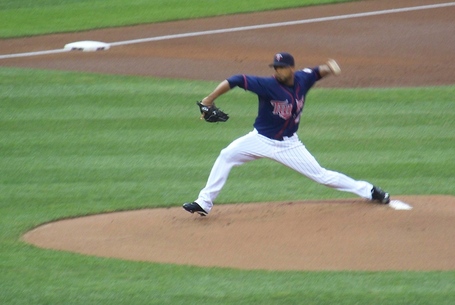 Francisco Liraino: Half of him's in focus and half is blurry. I though it was fitting, sort of like the photos in Back to the Future. It won't be long before he fades away to another city, so it was nice to watch him pitch live one more time. He struck out 10 batters over six innings, but gave up a two-run homer to Adam Jones in the first inning. 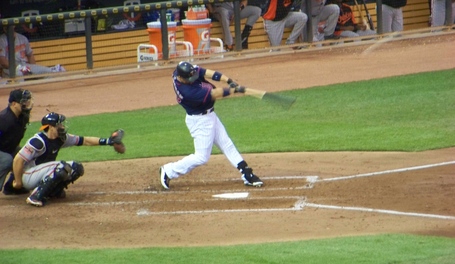 Here's Josh Willingham's 23rd home run. There aren't many power hitters on the market, so the Twins would likely get a great package in return for Willingham, who is signed for two more seasons. 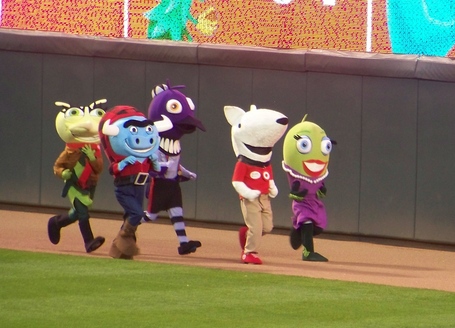 Again, Milwaukee has the sausage races, Pittsburgh has pierogi races, Washington has racing presidents and we have what ever the hell this is. I saw a Joe Nathan Texas Rangers shirsey, a Nick Punto St. Louis Cardinals shirsey (had to have been custom made) and a beer vendor that looked like he could be Kenny Powers' long-lost older brother. All in all, it was a good time.