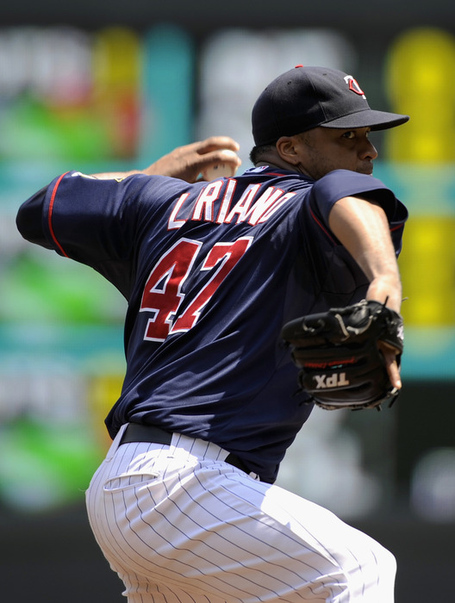 Here's a fantastic opinion post out of the fanposts section by Tom Froemming, originally written on July 3rd. Edited for presentation purposes -jbopp

The Minnesota Twins’ front office has been treating the team’s record like it’s some kind of optical illusion, but anyone can clearly see Francisco Liriano needs to be traded.

The once dominant Dominican lefty has flashed signs of life just in time to salvage some of his trade value. Now that a contending team has suffered a huge loss, Minnesota general manager Terry Ryan needs to ready his best sales pitch.

The St. Louis Cardinals just learned that Chris Carpenter will miss the remainder of the 2012 season. While he had already missed the entire season up to this point, the team was holding out hope that their ace from 2011 would return at some point this year.

The loss of Carpenter not only leaves the Cardinals in need of a starting pitcher, but they also could use a left-hander in their rotation. With Jaime Garcia also on the disabled list, St. Louis doesn’t have a single southpaw starter.

For what it’s worth, Liriano has pitched well in Interleague Play, going 9-5 with a 3.31 ERA and 1.12 WHIP. Even in his down years, he shows flashes of brilliance. He had an ERA over 5.00 last year, but threw a no-hitter. Maybe a change of scenery and influence from Mike Matheny and his staff could transform him back into LiriaNo-No.

With guys like Cole Hamels and Zack Greinke potentially floating on the trade market, Liriano is far from the top option available, however, now may be the perfect time for the Twins to unload him on the desperate Cardinals.

With Liriano set to walk away as a free agent at the end of the year, Minnesota would be wise to get something, anything for their once promising pitcher.

John Sickels ranked the St. Louis system as the fifth-best in baseball before the start of the season, so they surely have some pieces the Twins could use to build toward the future. Obviously, the top-tier talent is out of the question, but Terry Ryan is know for his ability to pluck less-touted pieces from other teams and watch them develop into solid major leaguers.

Either way, the Twins need to snap out of it and realize they’re on pace to lose over 90 games for the second-straight season. It’s time to give in and rebuild.