The Greatest Black Baseball Players Ever, Part I

The integration of baseball led to the inclusion of some of the game's greatest all-time contributors. We're now 66 years deep into a baseball landscape that includes black players, and the game is clearly better for their participation.

Share All sharing options for: The Greatest Black Baseball Players Ever, Part I

Since Jackie Robinson broke the color barrier in 1947, black players have left an indelible stamp on the game of baseball. The integration of baseball led to the inclusion of some of the game's greatest all-time contributors, who thrilled us with power, speed, daring and flair. We're now 66 years deep into a baseball landscape that includes black players, and it can clearly be said that the game is better for their participation.

With Martin Luther King, Jr. Day now upon us, I got to thinking about the greatest black players of all time, and decided to make my own ranking of the top 20.

I had to set myself some rules to prevent personal bias from dramatically skewing the list. I primarily based my rankings off Baseball-Reference.com's career WAR (Wins Above Replacement) leaderboard (with career totals noted in parentheses after each player), which is nice because it compares players to their contemporary peers, minimizing the effects of pitching- or hitting-friendly eras. I allowed somewhat for mitigating circumstances, such as time lost to injury or to segregation. I also allowed for a little bit of boost based on impact upon the game, for those players who either changed the landscape or the way the game was played in some way. And yes, there's a bit of nostalgic bias on a few of these picks, but it's my list, so I'll do what I want. Here we go.

Here's how tough this list is to crack. On the Honorable Mention roster, we've got four former Rookies of the Year, 54 (!) All-Star selections, three Most Valuable Player awards and five Hall of Fame members. A few notes:

Doby didn't lose major amounts of prime years to segregation, having debuted with the Indians at age 23. But attention must be paid for the man who cracked the color barrier in the American League and put up some tremendous seasons. Doby was a hugely athletic player who excelled on defense and delivered a lot of major hits for Cleveland fans. A nice bit of trivia: Doby was on base when #1 on this list made "The Catch"; more on that later.

Campanella only had 10 MLB seasons, all with the Dodgers, but hammered 242 home runs (including averaging 32 per season from 1950-53) and drove in 856 runs. He was a terrific defensive catcher, a stalwart leader for Brooklyn, and a classic case of what might have been. Had he gotten his career started earlier or avoided the 1958 car accident that paralyzed him, Campanella might have gone down as the best catcher of all time.

If we were doing this only on WAR and not having any other consideration, Bonds would be #1 with a bullet. He's third among all-players on the WAR list, trailing only Babe Ruth and Cy Young. But the steroids cloud the issue. Would he have earned a spot on this list without PEDs? Unquestionably. But I just can't bring myself to rank him, so he goes here.

GUYS WHO SHOULD'VE MADE IT

Davis, Straw and Bo are here because of injuries. Doc is here (Straw too, I guess) because of drugs. These are those that we will reminisce over "what could have been", the athletic marvels that never fully realized their potential.

These men deserved a chance to show their ability in Major League Baseball, but the "Gentlemen's Agreement" stopped them from having their day. Suffice it to say that when they took on Major League players in exhibition games, the white MLB players raved about the remarkable ability of their Negro League counterparts. Leonard was a consummate hitter, Charleston was an all-around talent reminiscent of Tris Speaker, Bell had legendary speed that would make the Flash jealous, and O'Neil was as fine a representative as the game has ever had. 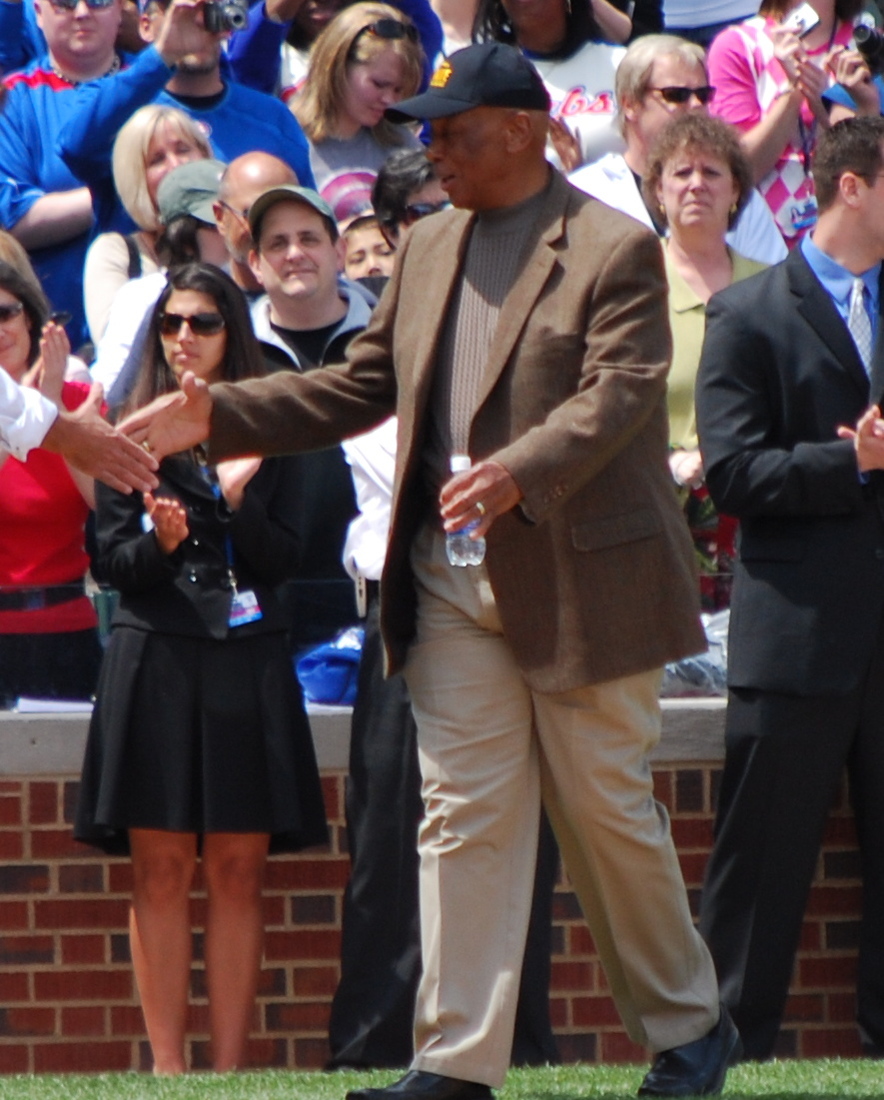 What a great way to start the list, with Mr. Cub Himself, Mr. "Let's Play Two!" In his third season, Banks slammed 44 homers for the Chicago Cubs and changed the way fans looked at shortstops forever. He'd eventually finish with 512 career homers, two MVP awards, eleven All-Star game nominations, and the undying adulation of Cub fans who may never have a better ambassador for the game. Late in his career, Banks transitioned to first base, and reeled off a number of excellent defensive seasons there as well. Ernie Banks was a first-ballot Hall of Famer, and deservedly so. 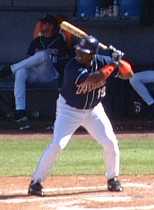 He led the league in batting average eight times, finishing with a tremendous .338 mark for his career (which ranks 19th all-time) and 3,141 hits (also 19th). His .394 mark in 1994 is the closest anybody has come to eclipsing .400 since Ted Williams in 1941, and would have been the first time for an African-American player. He was faster than you remember, stealing 319 bases in his career and 56 in 1987. And he struck out just 434 times in 20 season, averaging just 29 whiffs per 162 games. Gwynn earned 15 total trips to the All-Star Game but never finished higher than third in the MVP balloting; the BBWAA corrected that error by electing him to the Hall of Fame with 97.4% of the vote in his first year of eligibility. A lifetime Padre, Gwynn still impacts the game; he was the college coach for Washington Nationals wunderkind Stephen Strasburg. 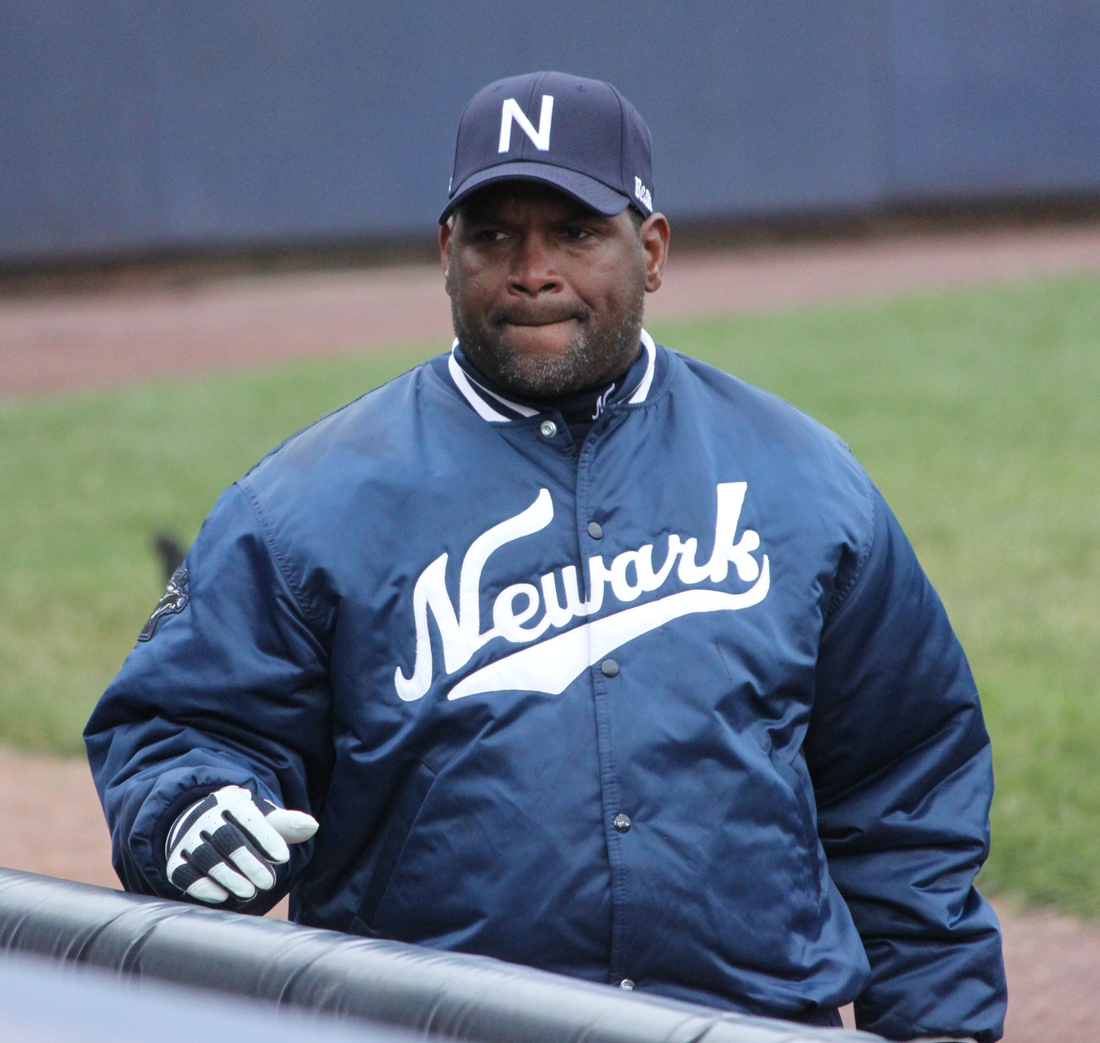 Why Raines isn't more of a consideration for the HOF is mystifying. Over 23 years in the bigs, Rock rolled up seven All-Star Game appearances, a batting title, and 808 steals (fifth all-time). He was one of the great fielders of his day, and was among the top five in the league in on-base percentage six times, including five straight years. But he never won an MVP or a Gold Glove, only got one Silver Slugger, and has yet to get more than 52.2% of the Hall of Fame vote. At least he's trending upwards. 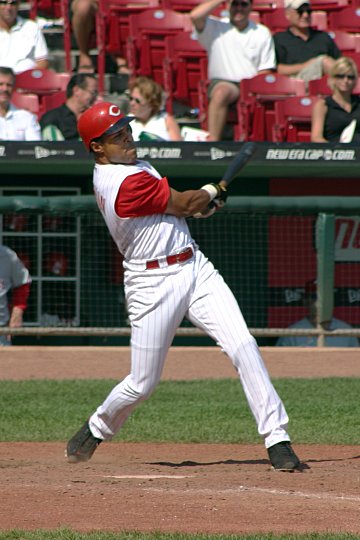 Surprised? You shouldn't be. Larkin spent his whole career with the Cincinnati Reds, and I was lucky enough to see him play a few times in person at Riverfront Stadium. A terrific defender and even better hitter, Larkin was the soul of the 1990 World Series championship team for Cincinnati and the team's leader ever after. He earned a dozen All-Star nods, the 1995 MVP award, and was elected to the HOF in his third year of eligibility. Larkin was a consummate leader and consistent player who might have rolled up even better stats if not hobbled by injury during his prime years. 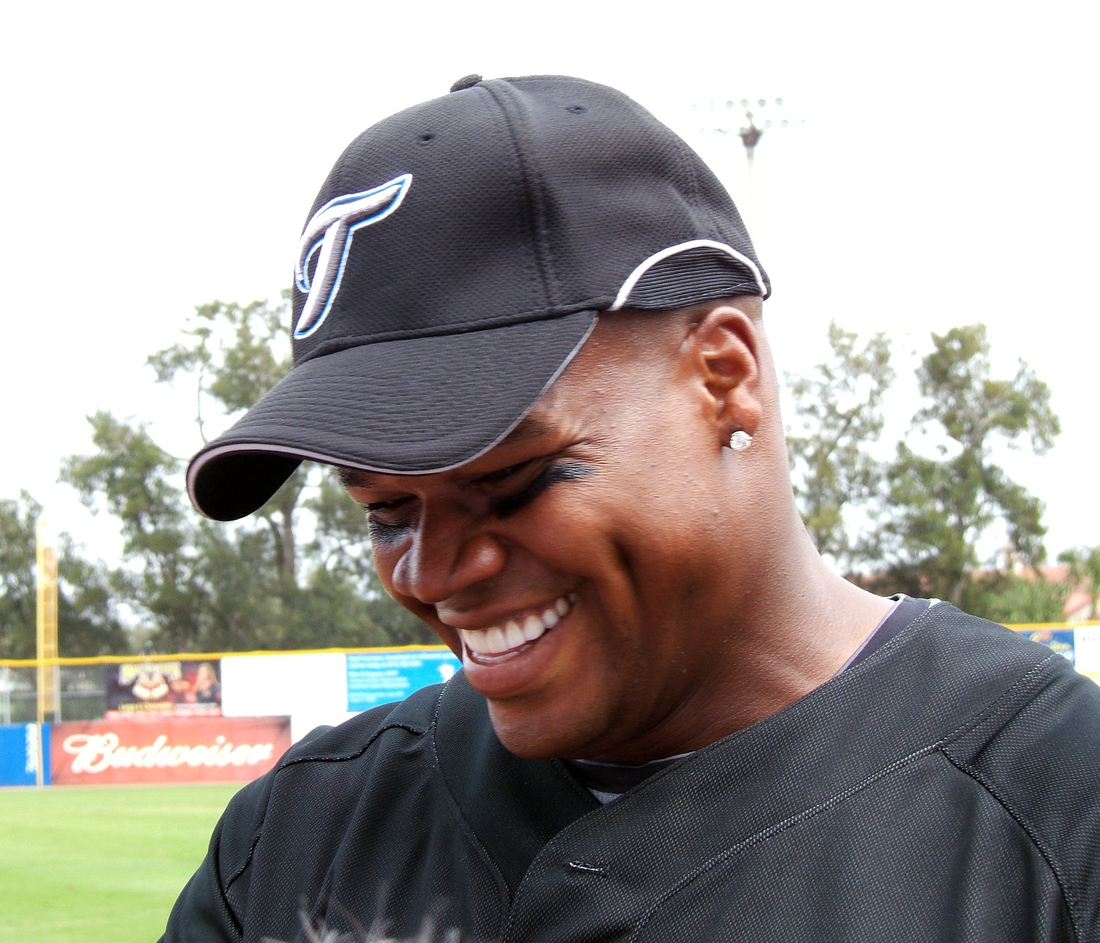 The Big Hurt! Here's another guy who might have done more without injuries. Thomas was imposing in the batter's box at 6'5" and 240 lbs., and his bat was similarly hefty for the Chicago White Sox. Sadly, Thomas only earned five trips to the All-Star game, despite being a two-time MVP, winning a batting title and hammering 521 career homers. Thomas led the AL in on-base percentage and OPS four times each, but never in homers; his career high was 43. He had three seasons cut down majorly due to injury, but experienced a late-career resurgence with the Oakland A's and Toronto Blue Jays in 2006 and 2007. Look for him in the Hall of Fame soon.

Whitaker deserved better than just 2.9% of the Hall of Fame vote he got in 2001, and he deserved a better nickname than "Sweet Lou", which he always had to share with Piniella anyway. Whitaker earned five All-Star game nods, three Gold Gloves and won Rookie of the Year in 1978. Reliable to the end, Whitaker's career is reminiscent of Charlie Gehringer, the "Mechanical Man" who churned out the same stats every year. Whitaker's final season featured his best OPS, and he kept that mark above .847 in each of his last four seasons. He may have been overshadowed at times by double-play partner Alan Trammell, but Whitaker was a superb second baseman. 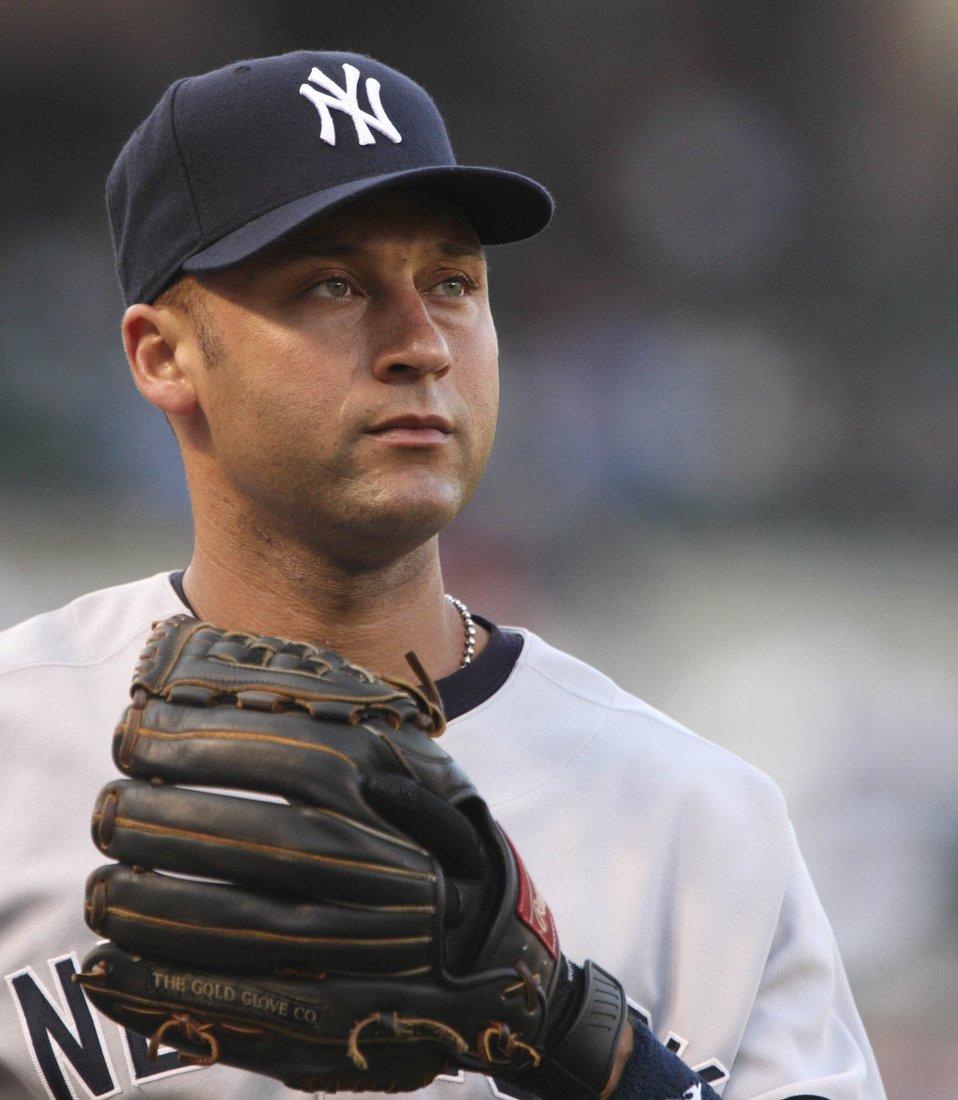 I'm a Red Sox fan, but I can't deny that Jeter has earned a place on this list. Jeter is among the best to ever play his position, though his defense has declined somewhat in recent years. But he's been elected to 13 All-Star games and won five Silver Sluggers for a reason. Jeter has a long list of postseason accomplishments, including winning the 2000 World Series MVP award and having enough World Series rings for each finger on his left hand not occupied by a wedding ring (hint: that's all five). He deserves Hall of Fame election, and I move that we make it sooner by forcing him to retire now. 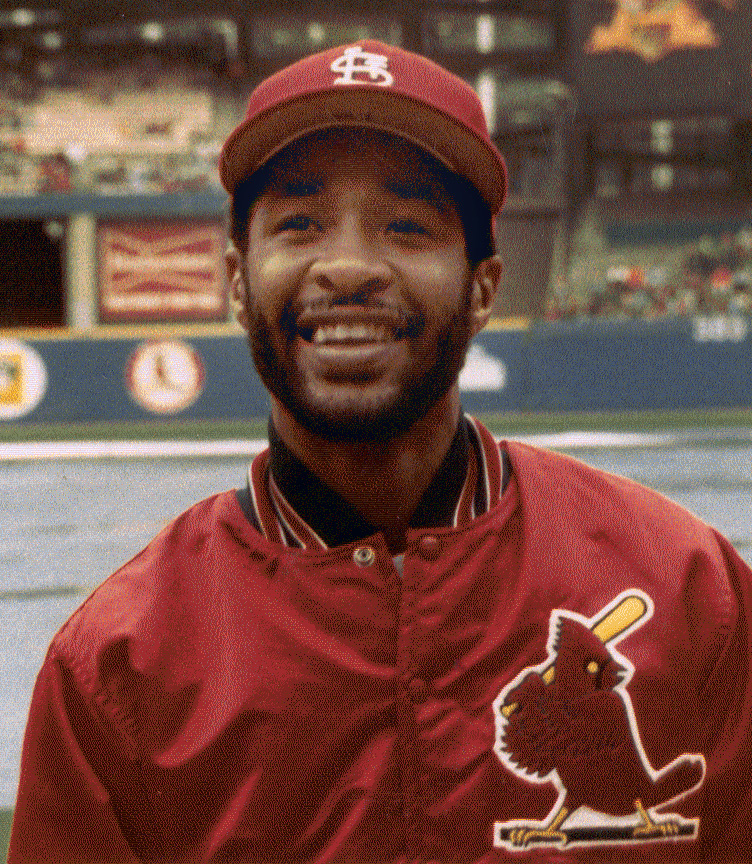 Jeter may yet surpass him, but not yet. For now, I want to remember Ozzie Smith the way he was in my childhood, the dazzling and wonderful Wizard of Oz. Always an ambassador for the game, Ozzie stole 580 bases in his career and rolled up 15 All-Star Game appearances, including a run of 12 straight at one point, en route to the Hall of Fame. He even (somehow) won a Silver Slugger in 1987. What we'll all remember him for, though, is his glove. Ozzie won 13 Golden Gloves, all of them consecutive, between 1980 and 1992; no shortstop has won more. He's the career leader in Defensive WAR with 43.4, and his 8,375 assists rank second all-time. He made dreams come alive, that backflipping marvel at shortstop.