Say what you will about his on base percentage and questionable defensive skills, but an interview with Yuniesky Betancourt over the weekend revealed a passionate, dedicated man that lives and loves baseball.

Share All sharing options for: You really don't know Yuni

Yuniesky Betancourt has made three appearances in recent rumors: First in early December, when the Cubs were looking at him to possibly replace Ian Stewart, again after his agent Alex Esteban revealed that they were in talks with four teams and would likely sign after the holidays, and finally over the weekend, when we broke the news that the Cubs were no longer considering Betancourt after bringing Stewart back.

Needless to say, with the infielder in the news I was thrilled to have an exclusive interview with Yuni, currently in Mexicali for Winterball, which we conducted over the phone with the translation help of his personal trainer, Ovy Diaz.

Interviews over the phone are hard enough, but having both my sometimes-meandering questions translated and Yuni’s responses translated back produced some pretty choppy content. It is with this in mind that I present the results of our conversation, which will include a bit of editorializing on my part and no little amount of paraphrasing since direct quotes went through two translations and were essentially not transcribe-able.

The first thing to know about Betancourt and this bleeds through with every answer he gives, is that mutual respect and his public perception are both vitally important to him. Every answer in some way touched on his respect for his former managers and teammates, if not always for the media.

The second thing to know about him is that baseball gave him a life and an opportunity outside of Cuba, which he escaped via speedboat, and both baseball (the sport, the game, the league, the people) and Cuba (the subject, the place, the people) are primary pillars upon which he builds and approaches life.

And a third thing to know about Betancourt is that he's been widely panned by basically everyone basically forever. Phrases like "the worst baseball player in the history of baseball" are used regularly to describe him and he gets endless grief from fans misdirecting their anger at the manager (for playing Yuni so much).

On his 2nd stint with the Royals 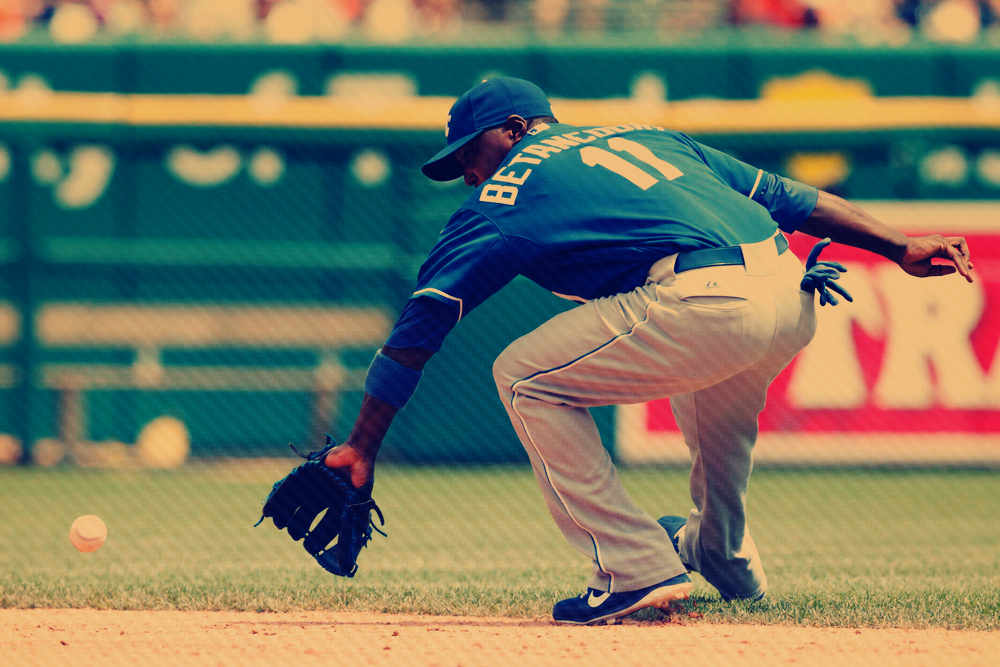 As you probably know, Betancourt spent the better part of the 2012 season with the Kansas City Royals.

He was brought on primarily to back up Chris Getz in a utility role, or at least that was what the team was saying publicly. Though he didn't say so directly, I got the impression from speaking to him that either he didn't know he'd be a backup or he had no intention of remaining one.

Betancourt described coming back to the Royals, saying he was optimistic and looking to do his best. After seeing some significant time at second base, he suffered an injury and missed the month of May. It turned out his "best" was 57 games of hitting .228/.256/.400.

"For whatever reason, they decided to let me go after my injury."

So what happened with Ned Yost? 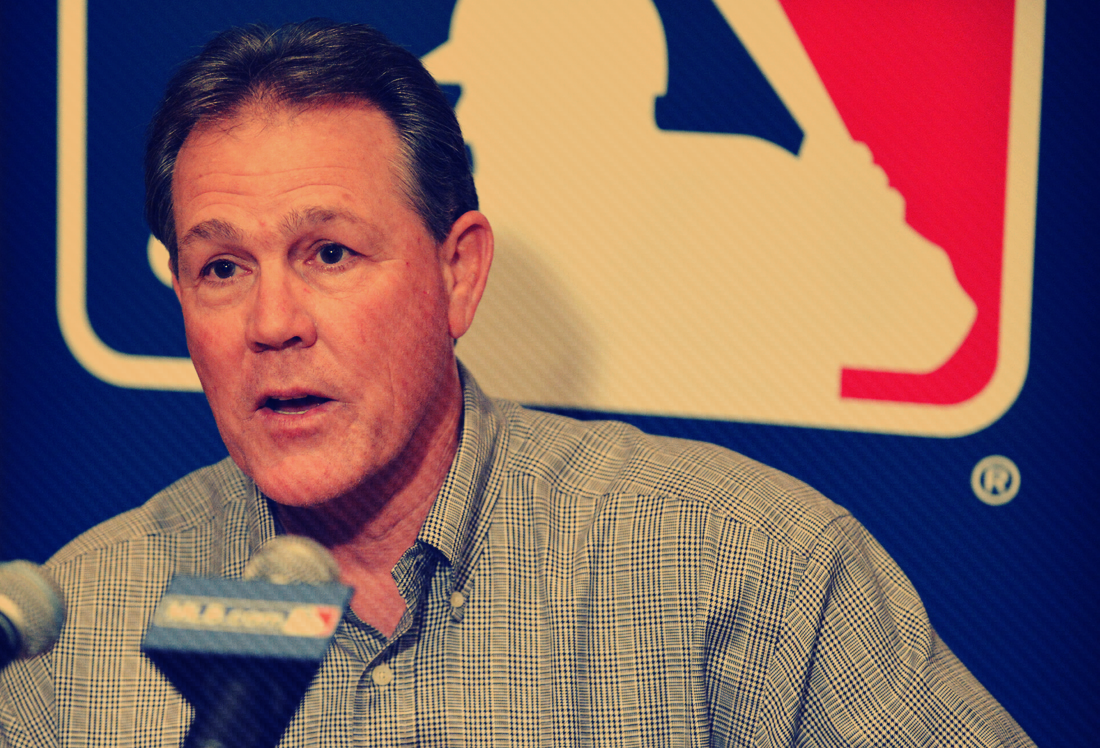 The Royals designated and then released Betancourt in August. Royals manager Ned Yost's comments in the media made it sound like Betancourt was a problem child more concerned with himself than with the team's fortunes:

"This is about 25 guys with one goal: That we’re going out to try to win this baseball game tonight, and you have that goal night in, night out. Anybody else that’s not on page with that, we will never change our culture. It’s about 25 guys who respect each other, 25 guys that have the same common goal.

"That’s how we’re going to turn this losing culture into a winning culture."

"And Yuni did a great job for us, but he was a guy that wanted more playing time. He would get upset when he didn’t, but (Chris) Getz was playing good. There were just situations. We’re trying to win the ballgame, and we’re going to put the best team on the field every day."

The implication was that Yuni didn't respect his teammates, didn't have the same common goal, and was not contributing to the "winning culture," which Rob Neyer parsed and filleted pretty well.

Betancourt said he was "very aware of the comments [Yost] was making," and was especially disappointed because he didn't get to (or couldn't) respond. He said multiple times how he didn't understand the negative press, and it's obvious when talking to him that Yost's comments about his clubhouse presence stung. 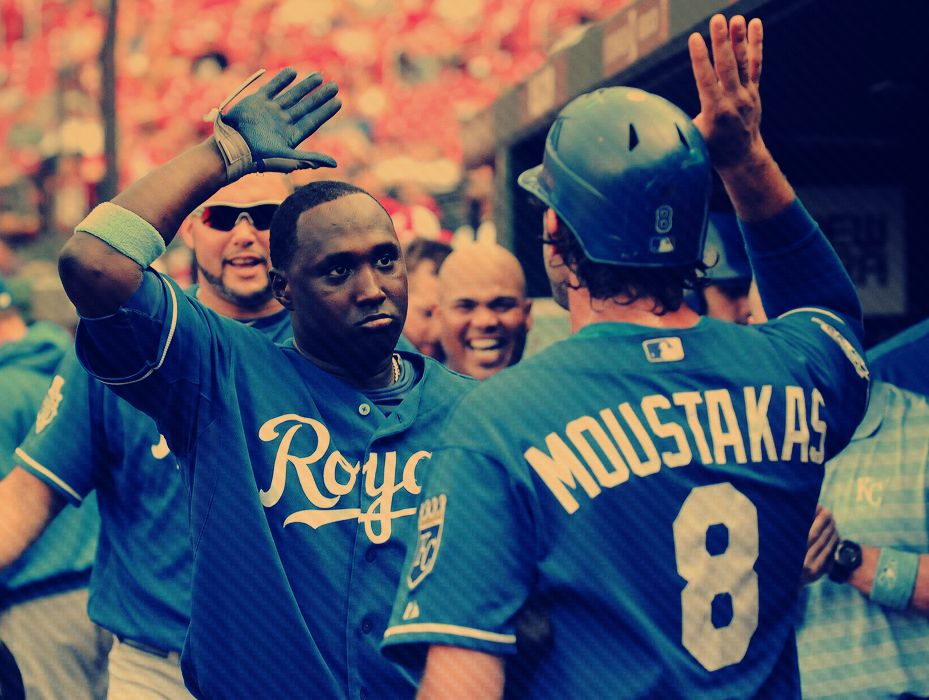 Betancourt emphasized how he takes pride in his leadership and described how important his teammates are to him. He insisted the conversation he had with Yost prior to his being designated was simply this: the team was losing badly, and Yuni said he believed it was due to not producing runs (which is always partly the answer to why teams lose baseball games, right?).

More, Yuni told Yost that he believed he could help because before his injury, that he was one of the best hitters on the club, and a "top three RBI leader on the club."

In short, he said, he just wanted to contribute. He didn't demand playing time or a starting position. He was just "a veteran guy going to the manager and offering to help with run production."

Yost's response to Yuni's observation/request/point was mind-blowingly awesome, and should warm the hearts of former Royals fans everywhere. Do note this is a twice-translated quote of a quote of a quote:

"We’re losing and we’re looking to do different things with the lineup."

Yost's prescription for turning around the Royals (and presumably the culture of losing) was to fuck around with the lineup. That's it. Yuni suggested that is all that was said and they left on good terms. He was released a week later. 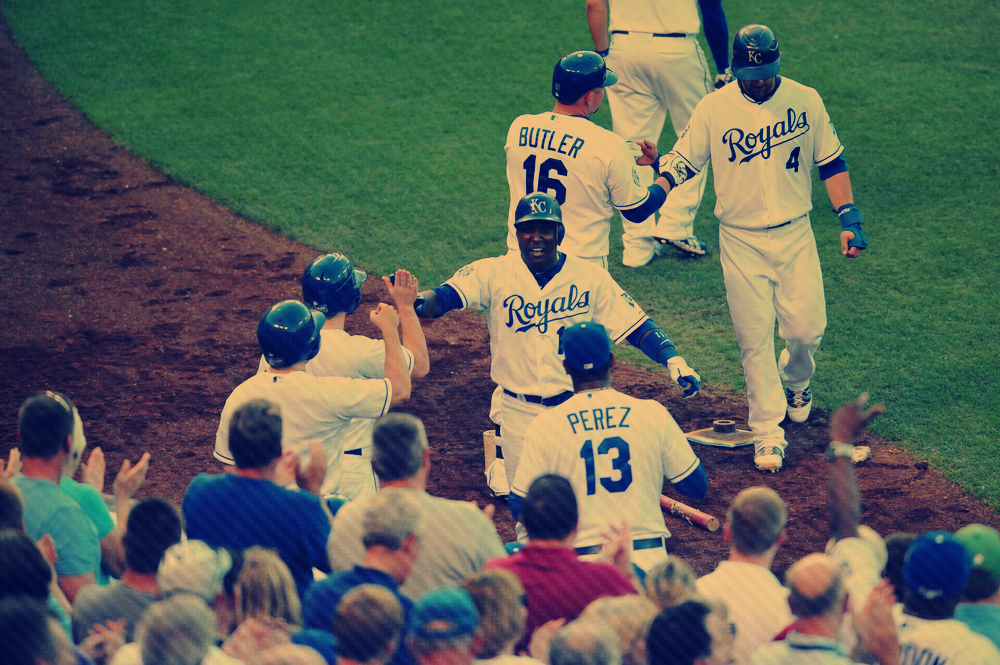 On past, present, and future

Betancourt says he remains in good relationships with is other former teams, the Seattle Mariners and the Milwaukee Brewers. He said that he left both on great terms and he described playing against them as "a good time." He also said he'd be happy to play for either of them again. Perhaps one of those teams is part of the four under consideration?

We went on to discuss his former teammates; Betancourt said he still speaks to several of them regularly. He remains friends with Felix Hernandez and Raul Ibanez from his days in Seattle as well as Carlos Gomez from when he was with the Brewers. "When I was coming up my English wasn't good ... they helped me a lot with translation. I'm very grateful to both of them."

Yuni was clear about his goals for 2013, if slightly surprising: he wants to learn English and is using a computer program to help him; he wants to speak more to the press and change the perception that people have of him; he wants to show who he is, what type of person he is. Betancourt said his trouble with English has prevented him from speaking more to the press and from responding to public criticism and he aims primarily to prove those criticisms are unwarranted.

I asked him about which teams he wants to play for and he said he's most looking at teams where he can go in and contribute the most, where he'll be a good fit and can prove himself. 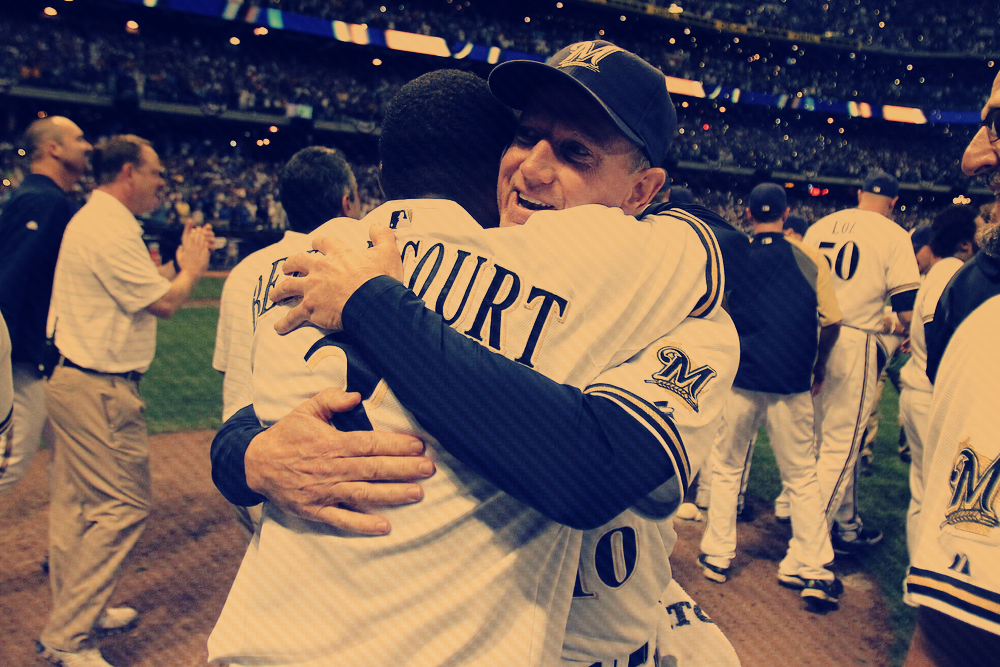 On perceptions and misconceptions

Which perceptions are wrong? What needs to be clarified? Even with my limited/conversational understanding of Spanish, I could hear the passion with which he responded before it was translated:

"The thing I want to clarify the most is what was said when I left Kansas City. I was portrayed to be a selfish player and a bad clubhouse presence. Where I come from in Cuba, that was not allowed. You could not play for yourself. The goal was to win for Cuba. You could not play for yourself or you wouldn't be on the team. Since I was a little kid, I was always taught it was all about the team. I've never played for myself.

When all that stuff came out, about [being] selfish and [having] bad presence, it affected me because I didn't have the ability to counter those things. It's important that people know.

You can look at videos and see me, the first one out of the dugout, giving high-fives, picking people up. I always have a smile on my face, and I bring that to the clubhouse. I like to bring an upbeat and fun atmosphere to the clubhouse."

Which part of your game is most valuable -- and which is least recognized?

Betancourt said the most valuable part of his game is that he's reliable, consistent, and is good for 150-plus games per year. Until last season's injury-and-release double-whammy, he was one of the very few middle infielders who could make that claim. He described himself as a lunch-pail/hard hat kinda guy, and that he plays every day with 100 percent commitment.

He also noted that since the mid-2000s, run production from middle infielders has been declining but he has maintained consistency while adding power. 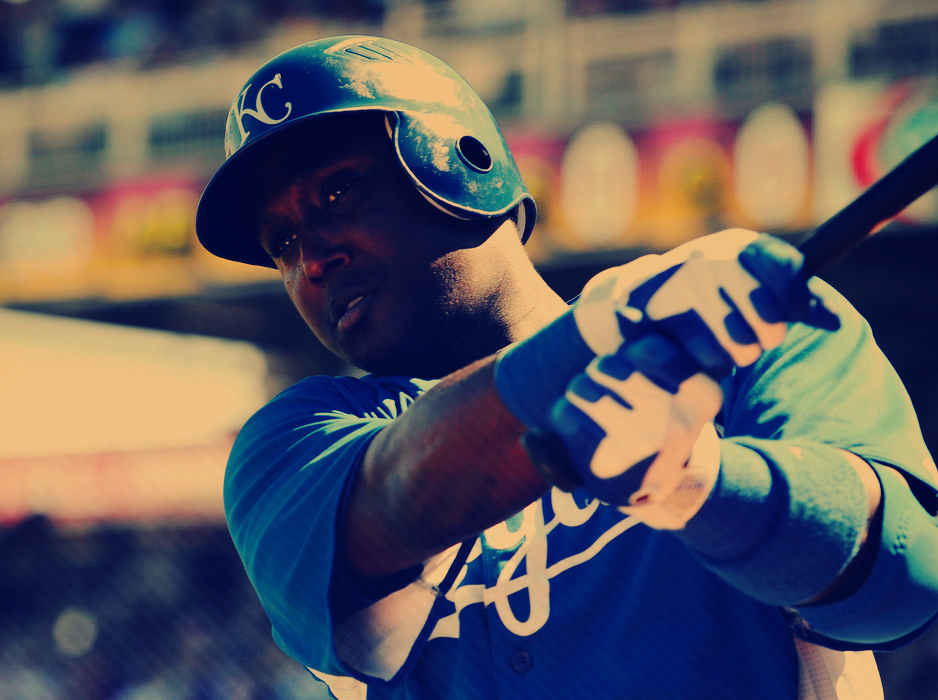 And the real Yuni?

Asked what he's doing when he's not playing, practicing, or preparing for baseball, Betancourt couldn't help himself: He said baseball -- not in so few words, of course, but that's what he meant. He and Ovy co-own a batting cage in Miami called Hitter's Hangout, and he mentioned it when asked what he sees himself doing in the future.

Pushed to name interests outside of baseball, he cited his his two daughters, his friends, fishing, and playing dominoes. He envisions his post-career days taken up by the batting cage and spending more time with the girls being a better father since the game takes away much of the time for that.

But maybe it's about more than baseball?

Yuni noted that the Cuban culture is as important to him as baseball is, and that he wanted to give back to the game that gave him so much. He sponsors youth teams in predominantly-Cuban neighborhoods around Miami, buying uniforms and batting gloves and generally trying to support them however he can. He donates time when he can to helping kids at his batting cage and tries to make an impact on their lives, perhaps keeping them off the streets and out of trouble.

It was at this point in the interview that I start to put it all together: For Yuni it's more than which team he lands on, though he does value his teammates, it's about baseball, pride, respect, and Cuba. 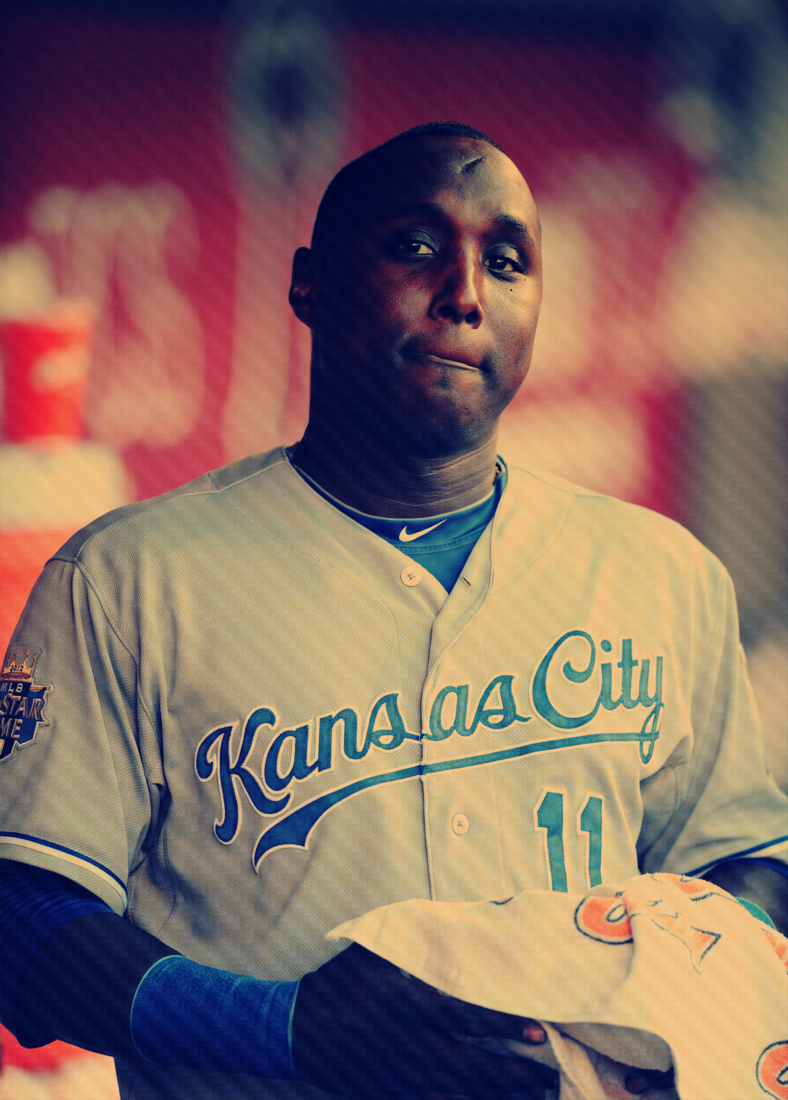