The Scott Boras era is doomed

Will the new Collective Bargaining Agreement bring about the end of the Scott Boras era? Probably not. But a few cracks are showing in the foundation of the once unassailable super-agent.

Share All sharing options for: The Scott Boras era is doomed

Be it disposition, ability to work a system, or just blind luck, certain people seem to be at a natural advantage in specific environments. Whatever the field, it is as if some people were designed to be there at that time—and thrive accordingly.

But when those parameters change, sometimes that advantage can disappear.

Let’s use movie directors as a not great example before getting into baseball things.

Rob Reiner was/is a pretty good filmmaker. He had a string of very successful, well-reviewed films in the 80s and early 90s that still endear him to cinephiles today. While much of his work did not have much weight to it—compared to, say, Coppola—Reiner’s early films – The Princess Bride, This is Spinal Tap, When Harry Met Sally – are still classics.

Somewhere along the line for Reiner, the environment changed… and his success in the industry went with it. While it is an oversimplification to tie his fall from grace to a single film or director, Reiner has not had a bona fide hit since Michael Madson did his little torture dance in Tarantino’s Reservoir Dogs.

Of the nine films he has directed since his heyday, the only movie to garner mostly positive reviews has been The American President—and I’d argue that was more Aaron Sorkin’s doing. Everything else he has made has been terrible or close to it: North, The Story of Us, The Bucket List, etc. Reiner has been unable to adjust to the adapting tastes of his audience and the new technologies available to him. The ground shifted beneath his feet and—unlike the Scotts and Spielbergs of the world—he is still trying to figure out which way it went. 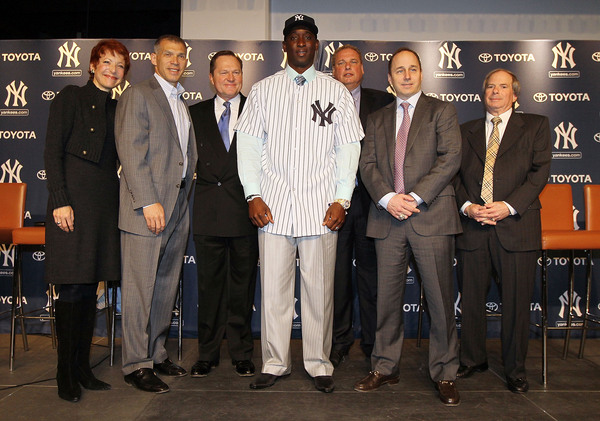 The end of the Boras dynasty?

In the world of baseball, Scott Boras has had the golden ticket in player negotiations for almost two decades now. Love him or hate him, you cannot deny the massive effect he has had on Major League Baseball.

Since breaking into the bigs in 1982 as the agent of Mike Fischlin and Bill Caudill, Boras has had a hold on the wallets of baseball owners everywhere. He is largely responsible for the advent of the $100 (and $200) million contract, the unheralded draft spending the last three decades, and certain rules of the new Collective Bargaining Agreement, which may actually spell his demise as agent-king.

Once free to cast aside owners and general managers without fear of retribution—getting others to play ball elsewhere—Boras has shown hints of mortality of late. Right-hander Edwin Jackson fired Boras last year when he was unable to secure a multi-year contract, settling for a one-year deal*. A few months later, pitcher Mark Appel—a Boras client—became the only first-round draft pick not to sign with an MLB club.

*He then signed a four-year deal this winter with a new agent, despite coming off a worse season statistically.

Those two instances are not enough to take Boras’ title as uber-agent away from him, but the fate of his biggest free-agent clients—Michael Bourn, Rafael Soriano, and Kyle Lohse—over the next two months very well could. Boras has made it known he is not a fan of how the new CBA affects free agency and the draft. And of course he has. It takes his advantages away.

All three above-mentioned players received have declined qualifying offers from their former clubs, leaving them with the new baggage of being tied to draft pick compensation. Where in years past Boras would have been able to wheel and deal to his heart's content, now much of the leverage has shifted from him to each player's incumbent team. If the Braves want to offer Bourn a deal that Boras believes to be under market value, there is nothing really for him to counter with because the likelihood of getting a better deal elsewhere--with the cloud of a draft pick and its corresponding budget allotment hanging over--is extremely unlikely.

Likewise, his former draft strategy of holding out for more money until the last possible moment no longer works. Teams have a specific draft budget to work with, dependent entirely on what picks they are allotted. Asking a club to spend their entire budget on one player--like Boras did with Appel last summer--simply will not happen. The MLB Draft is too volatile; no club will ever put all of their eggs in one basket, no matter the player in question.

I don’t expect Boras to fall from grace overnight and simply disappear. He still has a large number of very well paid clients and that isn’t likely to change soon. But, if he cannot adjust to the new CBA, I do expect someone else to jump in and take the reins of uber-agent in the near future.

There is, of course, the possibility that Boras will adapt and find similar success under the new rules. He is a smart guy. But, if I were a betting man, I would put my money on someone else emerging who has been weened on the new system--who is not tasked with forgetting the old environment and tactics.