David Price rumors: Six teams that have what it takes to land the Ace

David Price has said thinks he'll be traded this winter. It will take a lot of prospects and a huge amount of money to get and keep the former Cy Young winner. Who has what it takes?

Share All sharing options for: David Price rumors: Six teams that have what it takes to land the Ace

Speculation on a trade involving David Price has been circulating for as long as most people can remember, but this is the first time the pitcher has publicly addressed its probability. The Rays have said they can hang on to him in the past, but further arbitration raises and free agency loom rather large for the small-market club.

Every team in baseball could benefit from adding Price to the top of their rotation, so if his current team puts him on the trade market, things could get pretty competitive. But only a few teams in baseball have the prospects and the payroll flexibility to seriously consider making a push for the nerd-bashing left-hander. Here's a look at a few clubs that fit that description:

I absolutely respect what they do, but the Cardinals are why the rest of baseball can't have nice things— Jay Jaffe (@jay_jaffe) October 10, 2013

If Cards GM John Mozeliak decides he'd like to pair Adam Wainwright with an equally ace-tastic lefty, he should be able to. Their system is arguably the best in baseball in terms of blue-chippers (no, not sad Larry Joneses, prospects...smart ass). But they're also able to produce amazing players from the very salt of the Earth -- actually, there's a good possibility Matt Adams was panhandled right out of the fracking water in an Ozarks Mountain river basin. They don't need David Price, but that may not stop them. Look for Mozeliak to stick to his well-proven format of relying on development.

Major Chips: Jurickson Profar, Martin Perez, Leonys Martin, Rougned Odor
Payroll Wiggle: The Rangers could check in under the luxury tax with Price in the fold, the budget may need to flex

No way this happens without Jurickson Profar. Current shortstop Elvis Andrus' name might be floated in future rumors, but the Rays will likely prefer the more youthful and inexpensive Profar. Texas already has Yu Darvish at the top of the rotation, but they may be watching the Tigers dual-ace success in the ALDS and forming similar designs of their own.

A trade within the division would haunt the Rays for years, but if Xander Bogaerts name is uttered in negotiations, Rays GM Andrew Friedman may not be able to hang up the phone, or delete the email, or however these guys converse with each other. Still, facing Price a handful of times every year would really suck for the Rays, so Boston would probably need to blow their "socks" off minds.

This might be the best fit if the Cubs decide they can part with the prospects. Former All Star shortstop Starlin Castro is still just 23 years-old, though he struggled in his fourth season in Chicago. He's also signed long-term to a rather lucrative deal, so the Rays may not consider him in talks with the Cubs. Price could still end up in Wrigleyville if a package of Baez, Olt, and others made its way across the table.

Seattle and Texas are in a similar situation in terms of upper-tier starters, but they may not be as comfortable as their division rivals are in the infield. Nick Franklin and Brad Miller showed signs of being excellent players through the middle of the Mariners defense this season, but they aren't on the same level as Andrus and Profar. Mike Zunino would likely appeal to Tampa Bay. 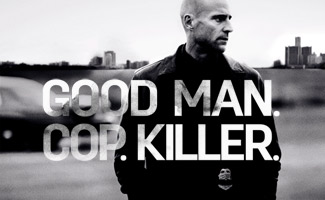 But since Jesus Montero's approach at the plate is about as compelling as a Low Winter Sun promo, Zunino may be hard for GM Jack Zduriencik to part with.

Major Chips: None
Payroll Wiggle: The Dodgers were over the 2013 luxury tax by about 2.5 Zack Greinkes and a Honda Civic

Peter Gammons may not be "shocked" if this happened, but the Rays might be. The Dodgers would have to be pretty creative and incredibly lucky to land Price. They don't have the quality prospects at the top to excite Friedman & friends, and their payroll situation gets more worrisome by the day...no matter how much Magic they throw at it.