Braves GM Frank Wren recently expressed interest in bringing back the veteran for 2014.

The Atlanta Braves are have indicated interest in bringing back veteran Tim Hudson, according to Mark Bowman of MLB.com. 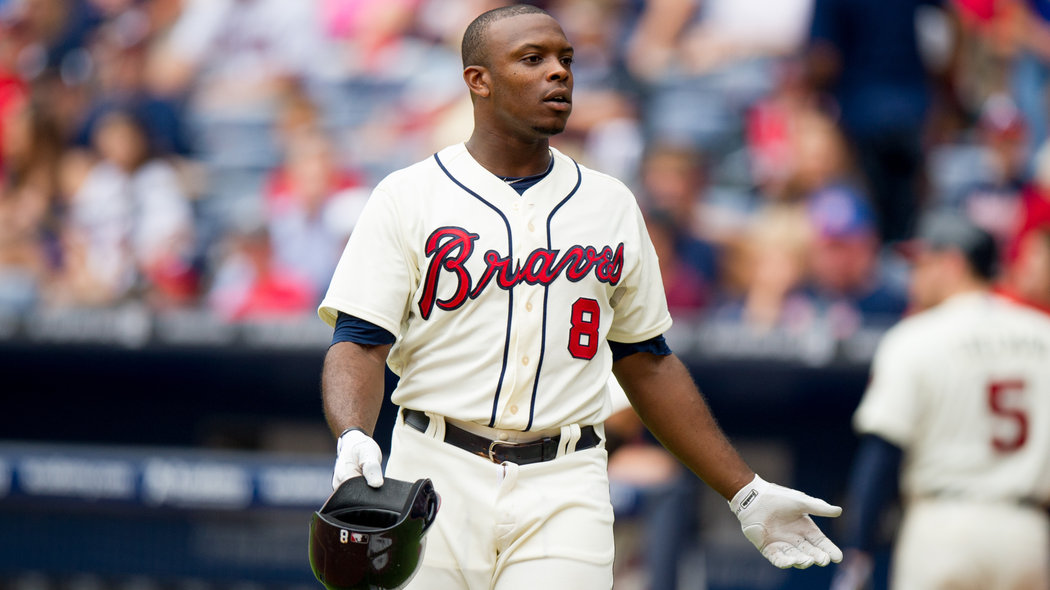 The rejected blockbuster would have sent Justin Upton to Texas in exchange for Matt Garza, David Murphy and Joe Nathan.

Tim Hudson has been pitching for Atlanta since an iPhone looked like this. But Atlanta GM Frank Wren can't be accused of living in the past when it comes to the 37 year-old veteran.

Hudson posted a 3.97 ERA and a 1.18 WHIP this season before hitting the disabled list with a fractured ankle after the Mets Eric Young, Jr. collided with the pitcher as he covered first base on a groundout.

Hudson would certainly garner interest on the open market from a number of teams on a presumed one-year deal in the neighborhood of $8MM to $10MM if the Braves allow him to walk.

The Braves could use a continued veteran presence in their rotation, headlined by relative youngsters Julio Teheran, Mike Minor, and Kris Medlen. Should Atlanta bring back the right-hander, the final rotation spot would likely be filled by one of their young arms (Alex Wood, J.R. Graham, or Sean Gilmartin) if Brandon Beachy continues to struggle with injuries.

Hudson has been excellent in the latter years of his career, posting a 3.33 ERA in 116 starts since 2010. A one-year deal in the $10MM range could end up being an under-market signing for the Braves if you consider the fact that a win has an estimated value of around $6MM and Hudson has been worth 2 or 3 wins above replacement over the last few years, according to FanGraphs.

Should the Braves take a different approach to their 2014 pitching staff, Hudson could be of interest to a number of teams. The Mets, Yankees, Rockies, and Nationals would almost certainly be in the mix if Hudson's services became available. Paul Cohen, Hudson's agent, is probably more well known for his work in negotiating extensions for clients like Evan Longoria and Troy Tulowitzki, but unless Hudson decides to offer a hometown discount, the Braves shouldn't expect one. Proven, and consistent, veterans like Tim Hudson aren't often in search of work for long. There will be some concern about his recovery from injury, but since it wasn't related to his pitching arm, most teams aren't likely to view it as a significant detraction from the positive impact Hudson could have on their team.